Royals marrying commoners: Bed of roses or bed of thorns? 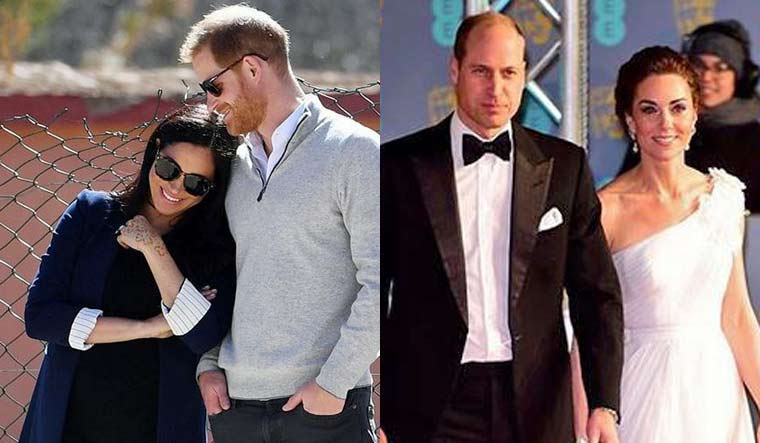 The cliché of a prince or princess falling for a commoner is no longer limited to fairy tales. It is becoming more and more commonplace these days. The news of Thai King marrying his bodyguard has come as a pleasant surprise for the world. But this is not the first time, that morganatic marriages (a marriage between people of unequal social rank) have taken place in the context of royalty.

Traditionally, morganatic marriage for a Royal family usually means that neither the bride nor any children of that marriage can have a claim on the bridegroom’s succession rights, titles, precedence or entailed property. However, the children of such marriages are considered legitimate for all other purposes.

After World War I, gradually, the practice of de-morganatizing the wives and children of such royal unions took place. But the process of being accepted into Royal families is not a cakewalk for such commoners as their lives take a complete u-turn after that. From outdated laws to strange rules involving food, royals who marry commoners definitely ask a lot from their spouses.

In many countries, Royalty marrying a commoner would entail that the prince or princess should forfeit their royal status for love. In Japan, Princess Mako, the granddaughter of Emperor Akihito was forced to give up her royal life after her engagement to university classmate Kei Komuro. According to Japanese law, unlike the male heirs, the female members of the imperial family must give up their royal rights if they marry a commoner.

Moreover, if the commoner happens to be a foreign citizen, then the commoner is expected to renounce their citizenship before marriage. This was the case with many commoners, one of whom is the American Socialite Hope Cooke who married Palden Thondup Namgyal, crown prince of Sikkim, on Mach 20, 1963. She met him in 1959, during a summer trip to India. At that time, he was a recent widower with two sons and a daughter and was nearly twice Cooke’s age. She had to renounce her American citizenship after marriage, and Namgyal ceased to be king in 1975 after Sikkim became a part of India.

In many cases, a commoner becoming a princess takes a toll on the mental health of that person. Japan’s new empress, Masako and wife of Emperor Naruhito, a highly-accomplished woman who became the second commoner after former Empress Michiko, recently admitted her struggles with being in the limelight as a member of the imperial family.

Her transition from a commoner to a princess was not smooth. Masako developed a stress-related illness around 15 years ago and it was described officially by the Imperial Household Agency as an 'adjustment disorder', which caused her to withdraw from all official duties for over a decade. "It is fair to say her life has not been easy since she became princess due to lack of opportunities to visit foreign countries and the pressure to have a son who can ascend to the throne", the newspaper Mainichi Shimbun says. She has received huge support from local media as they feel that her struggles will be helpful in her new role.

However, many commoners after they got accepted into the royal family do not receive support from the media. Kate Middleton’s status as a commoner was a cause for criticism in media during the years she and William dated.

Meghan Markle, who also does not have a royal lineage, has been on the receiving end of much less flattering media coverage as they prepare for the birth of their first child this spring. The rise in such abuse led Britain's royals to unveil a new online protocol last month warning users of possible police action. "There's been an awful lot of negativity online, social media, racism, all sorts of vile abuse but that's not coming from the mainstream media," said Robert Jobson, veteran royal correspondent for the London Evening Standard newspaper.

Also, once you become a member of the monarchy, career ambitions and aspirations of the new member come to an end as becoming a princess becomes a full-time job. Apart from Meghan Markle, Grace Kelly, who became the Princess of Monaco, had to give up her career as an actress.

There have also been instances where the things that the commoners have done in the past have been thrust into the spotlight. Princess Sofia of Sweden, when she married Prince Carl had to face harsh criticism for participating in a reality show in the past when she used to be a model. However, she remained unperturbed and In The Year With the Royal Family documentary, she said, “It happened 10 years ago and I’ve moved on with my life. But no regrets. Experience shapes a person.”

On the other hand, Queen Rania of Jordon, a Palestinian refugee has become an important symbol of integration in a country like Jordon that has many Palestinian refugees. Since her marriage to King Abdullah II of Jordan and coronation, Queen Rania has become a powerful icon in the Arab world, fighting for women’s rights, reform in education and public health and youth empowerment.

Rest assured, the trend of commoners marrying Royalty will not cease to amuse the world, as it definitely makes people reach out for their daily dose of gossip.