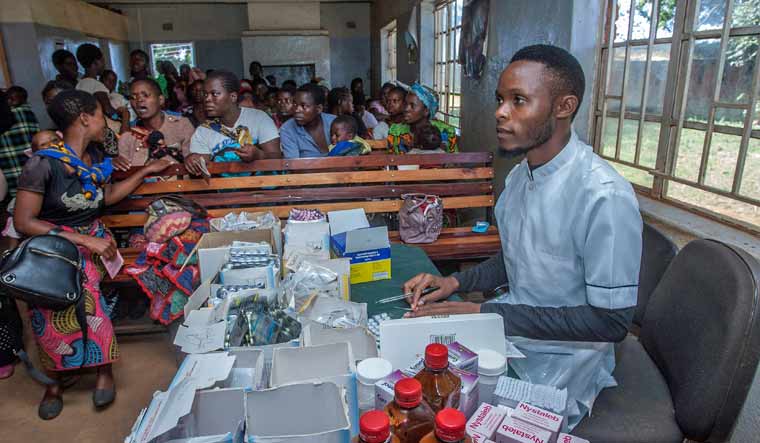 In a landmark move, Malawi on Tuesday became the first country in the world to implement a child vaccine against malaria, as reported by the World Health Organisation (WHO). The RTSS vaccine works by training the immune system to identify and attack the malaria parasite. The parasite, which enters the body through mosquito bites, kills thousands of people across the world every year, with Sub-Saharan Africa carrying a disproportionately high share of the global malaria burden. Children are the most vulnerable group that are susceptible to contracting this disease. In fact, malaria claims the life of a child every two minutes.

Created after a long period of thirty years, this vaccine is the first of its kind to demonstrate a significant reduction in malaria among children. It has a 40% success rate of preventing the deadly disease, which includes a 30% chance of prevention against life-threatening malaria. “We know the power of vaccines to prevent killer diseases and reach children, including those who may not have immediate access to the doctors, nurses and health facilities they need to save them when severe illness comes”, says Dr. Matshidiso Moeti, the WHO’s Regional Director for Africa on the significance of this vaccine. She further commented that this is “a day to celebrate as we begin to learn more about what this tool can do to change the trajectory of malaria through childhood vaccination”.

The vaccine underwent five years of clinical trials conducted on 15,000 people spanning seven countries. It should be administered in four doses; once a month for three months and then again at 18 months. However, concerns have been raised against the practical implementation of this schedule since it not in sync with the normal immunization schedules in the country. Further, there is no surety regarding whether parents might bring their children for all four doses. There are also questions regarding vaccine safety if used on a routine basis.

The vaccine is a part of a package of measures to be taken to prevent malaria, which includes insecticide-treated bed nets and indoor spraying of insecticides.

The WHO-coordinated vaccine program is slated to soon be incorporated in Ghana and Kenya, in a collaborative effort with the countries’ ministries of health. The pilot countries were chosen among 10 African countries, on the basis of well-functioning malaria and immunization programs as well as areas having moderate to high transmission of malaria.

The program aims to reach 360,000 children per year across the three countries. The vaccine developer and manufacturer for this is GSK, which will donate around 10 million vaccine doses for the pilot program. “Delivering the world’s first malaria vaccine will help reduce the burden of one of the most pressing health challenges globally. This novel tool is the result of GSK employees collaborating with their partners, applying the latest in vaccine science to contribute to the fight against malaria”, said Dr. Thomas Breuer, Chief Medical Officer of GSK Vaccines.

The program has been primarily financed with the help of three global health funding bodies viz. Gavi, the Vaccine Alliance; the Global Fund to Fight AIDS, Tuberculosis and Malaria; and Unitaid. This phase of the program is expected to be completed by the year 2023, as reported by PATH, a non-profit organization that is one of the partners working in this capacity with the health ministries of the selected countries.