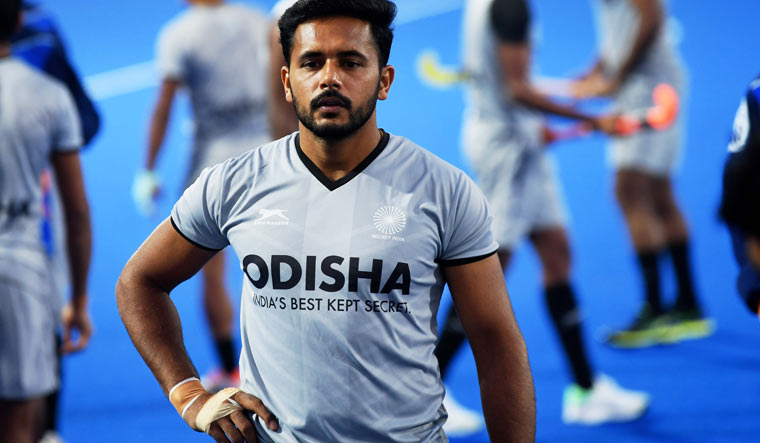 India's last Pool D match against bottom-placed Wales today will be anything but a dead rubber at the ongoing Hockey World Cup in Odisha.

If India top Pool D and qualify directly for the quarterfinals, they will play one match fewer and that may keep them fresh for the last-eight stage.

Currently, India and England are on four points each after two matches, with the latter ahead on goal difference - plus five as against the hosts' plus three. India, though, will have the advantage of knowing what to do before their match as they play after England's game against Spain on Thursday.

If England lose or draw against Spain, India just need to beat Wales by any margin to top Pool D and qualify directly for the quarterfinals.

If England beat Spain, then India will need to defeat Wales by at least five goals. The number of goals India need to score will keep on increasing depending on England's victory margin.

If two teams are on equal points and have the same number of wins, the rankings in the pool stage are decided on the basis of goal difference.

In any case, India will not be knocked out of the tournament as they will finish second if they beat Wales - a task they are expected to accomplish. If India finish second in Pool D, they will play the third-place team in Pool C, which could be either New Zealand or Malaysia in the 'crossover' round.

India had beaten Spain 2-0 before drawing England 0-0, both matches played at the new Birsa Munda Stadium in Rourkela. They are going to play at the Kalinga Stadium for the first time in this World Cup.