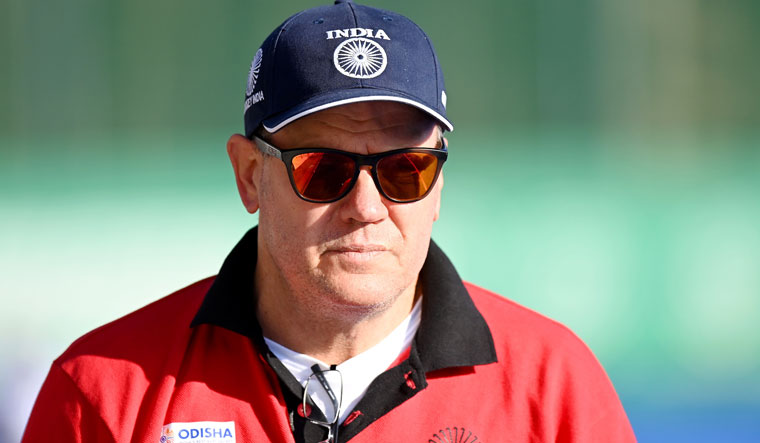 India will have to be wary of less-experienced Spanish players in their tournament-opener since "experience is a bit overrated" in major tournaments like World Cup, home team's coach Graham Reid said on Thursday.

Most of the Spanish players have played fewer than 100 international matches while India has a mix of experienced players - who have played more than 100 matches - and youngsters also.

The former Australian international said it is not necessary that having experienced players will lead to a terrific show. He also maintained that there is no substitute for playing "best" hockey on the day.

"It is our home World Cup, we have to play our best. That is the key for us to win this tournament, which we think we can," Reid said at the pre-match press conference.

"Experience is a little bit overrated sometimes in big tournaments like this and we have to play our best, that is the key.

"Beware of Spain as they can perform much higher than what they think they can. There is nothing to lose (for them) and (you should) watch out for them. That is the reality."

World number six India open their campaign against Spain at the brand new Birsa Munda Stadium on Friday in Pool A. The hosts next play England (January 15) and Wales (January 20).

Captain Harmanpret said it's a good opportunity for the Indian players to win the World Cup at home.

"It is advantageous to play in India as the home crowd will support us. The World Cup is very important, it comes once every four years. You don't know when you will play the World Cup in India again. You have to avail the chances and try to win matches. "It is a good opportunity for us to win the World Cup. We have been doing well in the last one year, we are fit and experienced. Our plan is to keep the focus from the first match itself and execute our plans," he said, adding that all the players in the team are fit for selection.

The 27-year-old drag-flicker, one of the best in the business, said right tactics against opponents of the day will also be key to the performance of the team.

"Most of the teams play with mixed strategy - man-to-man marking or zonal (marking). Faster we are able to read how our opponents are playing the better it is in our performance.

"Counter control is important with the ball or without the ball. We have to stop opposition players from coming into our 25 yard circle.

"The matches against Spain in the Pro League (last year) were good and we have done well. Our effort will be to continue with the structure and keep doing well, executing our plans which we have been doing.

"In our team meetings, we analysed how our opponents play and how we performed with the ball and without the ball. We have worked on our weaknesses."

Harmanpreet, who was named FIH Player of the Year, said he has not been under the pressure in captaining the side while also maintaining his level of performance.

"It is a team game and my team mates are always ready to support each other. We have four penalty corner takers (including himself, Varun Kumar, Amit Rohitdas).

"Since we are playing at home, we got more time to do practice on this pitch, more than the other teams. All the players have got used to it. We are lucky to get such a stadium, one of the best in the world."

The Indian team was the first to reach Rourkela on December 27 and the players have been training at the Birsa Munda Stadium, the match venue, since then.

"Our matches are in the evening but we have played practice matches in the evening as well as in the morning. When we came, the weather here was warmer but it has changed now."

On the likely cheering from a full house crowd from the 21,000 capacity stadium, he said, "You have to keep focus. With the noise of the crowd communication may be lost among the players but you will have to know what is your responsibility and what to do till the last whistle."