Brazil had struggled to get past the Serbian defense 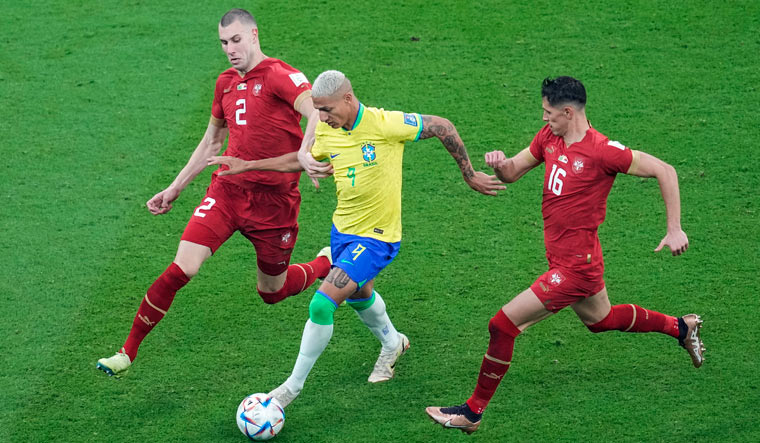 Brazil's Richarlison , center , is challenged by Serbia's Strahinja Pavlovic, left, and Sasa Lukic during the World Cup group G soccer match between Brazil and Serbia, at the the Lusail Stadium in Lusail, Qatar on Thursday, Nov. 24, 2022 | AP

In the 73rd minute, the striker used one touch to get the ball up in the air and then spun around and got off the ground before knocking the ball into the net with his right foot.

Brazil had struggled to get past the Serbian defense until Richarlison scored from close range in the 62nd in a buildup that started with Neymar.

Vincius Jnior assisted on both goals.