U-17 women's football team coach recalled for 'misconduct' with player 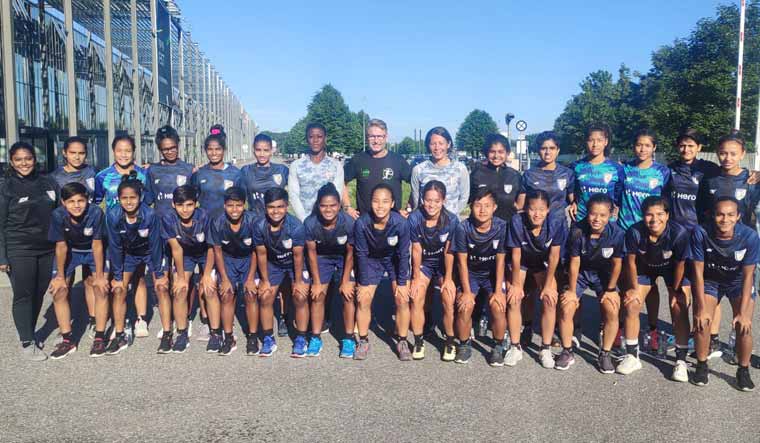 The assistant coach associated with the Indian Under-17 women's football team has been suspended and called back from Norway for alleged "misconduct" with a minor player during the side's ongoing exposure trip to Norway.

It has been learnt that the Committee of Administrators (CoA), managing the affairs of the All India Football Federation (AIFF), has already informed the Sports Authority of India (SAI) about the alleged incident.

"An event of misconduct has been reported in the U-17 women's team, currently on an exposure tour to Europe. The AIFF follows a zero-tolerance policy on indiscipline. As an initial action, the Federation has provisionally suspended the individual pending further investigation," a statement from the CoA read.

"The AIFF has asked the concerned individual to stop all contact with the team, return to India immediately, and be physically present for further investigations upon his arrival," the statement added.

The team is currently touring Europe as part of preparations for the upcoming FIFA U-17 Women's World Cup, that India is scheduled to host from October 11-30.

While the CoA did not name the person involved but sources claimed that it's team's assistant coach Alex Ambrose, who forced the minor player to indulge in "inappropriate" act.

The 39-year-old Ambrose represented the Indian national football team in six matches and scored a goal against Singapore during their triumphant LG Cup campaign in 2002. He also played in the 2003 AFC Asian Cup qualifiers against North Korea in both the home and away fixtures.

According to the source, head coach Thomas Dennerby himself was a witness to the "incident" and it was he, who immediately informed the AIFF.

"After Dennerby sent a report from Europe, the CoA acted immediately and informed the SAI. The culprit was called back without wasting any time. Ambrose is also set to face criminal charges since the girl is a minor," the source said.

Sexual harassment cases are emerging in Indian sports, intermittently. Recently a female cyclist had accused national coach of inappropriate behaviour during training trip to Slovenia. The coach was sacked and is facing a detailed investigation.

A female sailor had also accused accompanying coach of making her uncomfortable during an exposure abroad.

Meanwhile, condemning the incident, the member associations urged the COA and AIFF administration to initiate an independent enquiry and called for a life ban for Ambrose from the game.

"State Associations would like to recommend stringent action including legal and exemplary punishment with a life ban from football and even canceling his coaching licenses," said a statement.

State Associations also resolved to request both COA and AIFF administration to urgently appoint a Woman Safety Officer with immediate effect to instill confidence in the system for women players and women working in football, especially with national teams and also at the AIFF house in New Delhi, it added.

The member associations also placed in a "sincere request" to the administration that all male support staff be replaced with women staffers as early as possible.