If India need a captain in a couple of years I wouldn't look past Hardik: Vaughan

Rohit Sharma is currently the Indian captain across formats 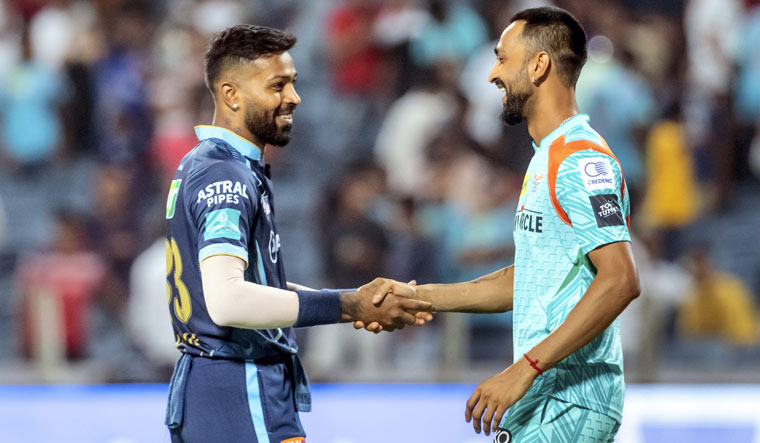 Hardik led from the front with a three-wicket haul and a crucial 34 as Gujarat defeated former champions Rajasthan Royals by seven wickets to lift the 2022 IPL trophy on Sunday.

"Fantastic achievement for a new franchise... If India need a captain in a couple of years I wouldn't look past @hardikpandya7... Well done Gujurat .. #IPL2022," Vaughan tweeted.

Rohit Sharma is currently the Indian captain across formats, having taken over from Virat Kohli.

Hardik, who has amassed 487 runs and taken 8 wickets, was simply sensational in the final as Gujarat limited a formidable Rajasthan Royals batting unit to 130 for nine.

He also scored a crucial 34 before Shubman Gill and David Miller remained unbeaten on 45 and 32 to take the team home in 18.1 overs.