Gauff is the youngest player remaining in the draw 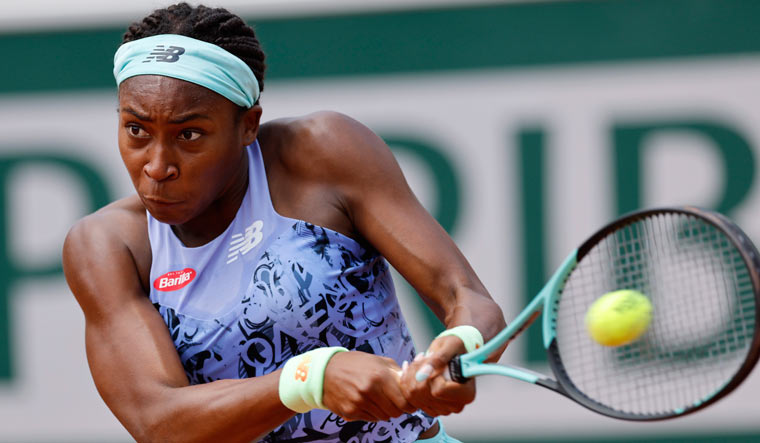 American teenager Coco Gauff and two-time Grand Slam champion Victoria Azarenka of Belarus advanced to the third round of the French Open, but US Open champion Emma Raducanu crashed out in the second round.

The 18-year-old Gauff is trying to improve on her quarterfinal run at the French Open last year her best result at a major.

Gauff twice fell behind by two games in the second set but broke back both times. The American forced three errors from Van Uytvanck in the tiebreaker. The 28-year-old Van Uytvanck's best result at a Grand Slam tournament was reaching the quarterfinals at Roland Garros in 2015.

Gauff is the youngest player remaining in the draw.

Meanwhile, the 15th-seeded Azarenka had only 13 unforced errors to Petkovic's 42. Azarenka has twice won the Australian Open and was a semifinalist at Roland Garros in 2013.

The 34-year-old Petkovic reached the French Open semifinals in 2014 but has not been beyond the third round at any Grand Slam since then. She is a five-time clay-court champion on the tour.

Sasnovich won 12 of 14 service points in the second set en route to her 16th career victory over a top-20 player.

The 12th-seeded Raducanu failed to convert on five break-point chances at 1-1 in the third set.

Sasnovich advanced to the third round at Roland Garros for the first time. This is her seventh appearance.

The 28-year-old Sasnovich had also beaten Raducanu at Indian Wells last year in the Briton's first match after winning the title at Flushing Meadows.