Xavi is ringing in the changes at the club, including strict rules for players 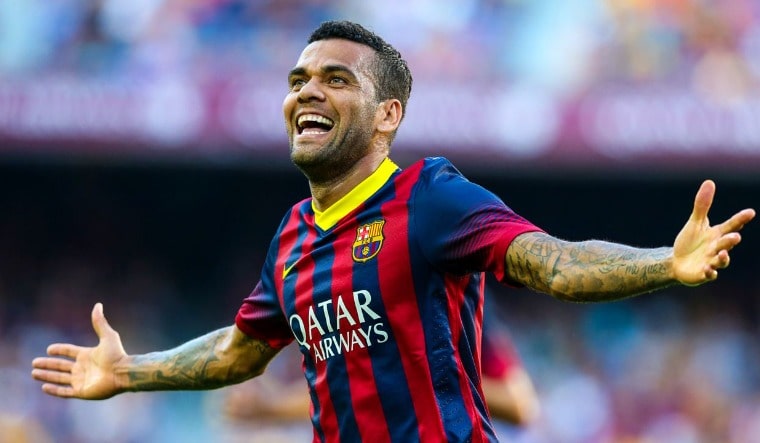 Brazilian right-back Dani Alves has rejoined Barcelona after leaving the club five years ago. The surprise return of the 38-year-old is the first of many signings expected under new head coach Xavi Hernandez.

The club announced his return last night as he joins the club for the rest of the season. He will join the squad after the ongoing international break but will be eligible to play only in January, when the transfer market opens.

After the announcement, Alves posted a picture of him kissing the club logo at the ground, with the caption: “I knew within my heart and within my soul that this day would come…. See you soon with the same desire to help rebuild the best club in the world!”

Since his departure in 2016, Alves played for Juventus, Paris St Germain and Sao Paolo, before being released by the Brazilian club this year. He was without a club until Barcelona roped him in.

Alves won 23 trophies with Barcelona—including six league titles and three Champions League trophies—since he joined them from Sevilla in 2008. He is now reunited with his former captain Xavi, who was appointed head coach of the club last week.

Xavi is acting on a blueprint to revamp the team’s functioning and style of play in a bid to lift the club from the current slump left behind by former coach Ronald Koeman.

There are already reports of Xavi formulating strict rules for his players to follow, including changes to their lifestyle, diets, training regimes and punctuality.

Xavi has a strict set of rules that he will demand that the players follow. He wants to have complete control of everything, like what he went through with Pep, Tito, and Luis Enrique. This means longer training sessions and more control of the players' diets.

The signing of Alves, though a surprise, is expected to help Xavi get control of the dressing room and instil his values at the club with the help of a senior presence like Alves.

At 38, Alves is no longer the bombing full-back he used to be. But the move helps him as he is reportedly keen on making it to Brazil’s 2022 World Cup squad, and is using this move to show he is still relevant.

The player had represented Brazil at the recent Tokyo Olympics too, and had impressed. It would be a tall task for him to usurp Juventus full-back Danilo, who is the first choice for the position.

Alves is also reportedly playing for a meagre amount, as the club is going through a financial crisis. He is expected to compete for the right-back position with 22-year-old Oscar Mingueza, who has not been in the best of form this season.

Sergino Dest and Sergi Roberto are other players who can play in that position but currently nursing injuries.

Xavi is expected to use Alves as a guide for the youngsters and will be banking on his familiarity and experience to inspire change. His mentality, aggression and personality in the dressing room are key traits that Xavi will hope to capitalise on, more than his footballing abilities.

There were similiar apprehensions raised when Chelsea signed veteran centre-back Thiago Silva in 2020. But the player showed his leadership skills as helped Chelsea win the Champions League this year.

Barcelona’s first match with Xavi in the dugout will be the derby game against Espanyol on November 20.