No CSK without Dhoni, no Dhoni without CSK: Srinivasan 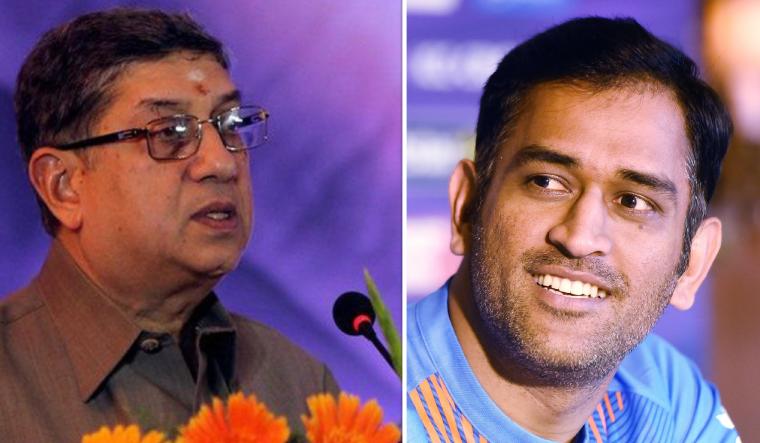 Likewise, the former BCCI chief added that there is no Dhoni without Chennai Super Kings, his emphatic statement telling a lot about the relation between the franchise and the iconic cricketer.

"Dhoni is part and parcel of CSK, Chennai and Tamil Nadu. There is no CSK without Dhoni and there is no Dhoni without CSK," Srinivasan told reporters during a brief interaction after visiting Lord Venkatachalapathy temple with the IPL trophy.

ICL owned the CSK franchise from inception in 2008 till 2014, when the ownership was transferred to Chennai Super Kings Cricket Ltd.

The team served a two-year suspension from the IPL, starting July 2015, due to the involvement of their owners in the 2013 IPL betting case.

The Dhoni-led CSK beat Kolkata Knight Riders in the final last Friday to lift the IPL title for a fourth time.

Asked about retaining Dhoni and other CSK players in the next IPL auction, he said retention policy is yet to be announced.

To a question on the criticism about no cricketer from Tamil Nadu featuring in the CSK team, he said 13 players from the TNPL are playing in the IPL or representing India.

"Lot of people are watching TNPL matches and it will go from strength to strength."

When asked about CSK's victory celebrations, Srinivasan said Dhoni would come to Chennai after doing duty as the Indian team mentor in the T20 World Cup and "share the trophy with Tamil Nadu Chief Minister M.K. Stalin at a function proposed to be organised at the M.A. Chidambaram Stadium".

Srinivasan, who is a member of the Tirumala Tirupati Devasthanams (TTD) Trust Board, received the trophy after a ritual at the Lord Venkateswara temple.