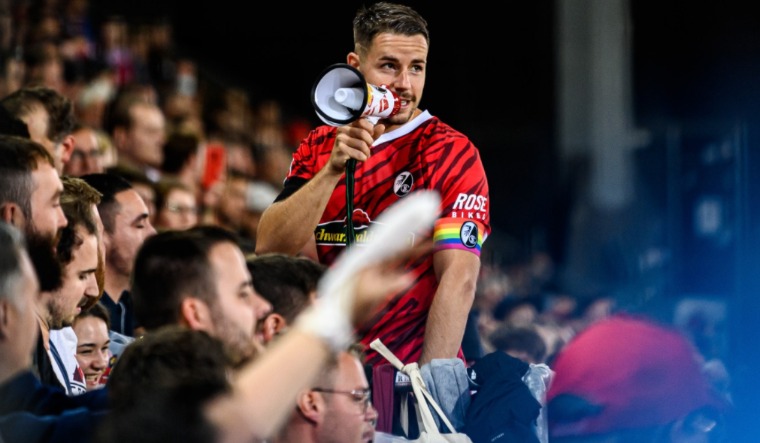 Germany's top soccer league, Bundesliga, is seeking to tap the Indian football market by encouraging clubs from the competition to have a presence like some of them have in China, while actively engaging with fans, according to a top official.

Bundesliga International, a full subsidiary of the DFL Deutsche Fußball Liga, responsible for driving the internationalisation of the Bundesliga, is working with its broadcast partner Sony Pictures Networks India (SPN) for engaging with fans on the ground while looking to bring some of the top German clubs to play against Indian clubs from ISL (Indian Super League) team or I League.

''Football has a big part to play in India. You've got cricket, number one for sure. You've got kabaddi, which is doing an incredible job, but football is the third-biggest sport behind that and growing rapidly and it's so easy to play and so accessible,'' Bundesliga International Chief Executive Officer Robert Klein told PTI when asked about the potential of the India football market.

He further said,'' So we want to grow the Bundesliga brand and we want you to know not just about (Borussia) Dortmund and Bayern (Munich), but we want you to know about (RB) Leipzig, which is doing incredible stuff, and (Bayer 04) Leverkusen—they're having a great season. These are teams that are scoring more goals than any other league in the world.''

Stating that fans are coming back after COVID-19-induced absence from the stadium, he said,'' And we want to share that passion and also help build Indian football together.'' Stating that while the football markets of India and China, where Bundesliga has been partners with national broadcaster CCTV for over 23 years, are similar, Klein said, ''The Bundesliga image and our clubs are at a higher level currently in China than it is in India. We have six clubs present in China in terms of office spaces at the moment. We have clubs that are doing activities in India but not currently with offices. So this is the gap and this is where we need to be.''

He further said the plan is to come to India, be on the ground ''because you need to be on the ground to be able to actively engage with the fans, with your partners. That requires investment and time but in the end, it should be the goal with the market the size of India. It is a big market.''

The other thing, he said, “is getting closer and working with the local leagues. We are in conversations to do that because there's a crossover for sure, between an ISL fan and Bundesliga fans, as long as they know about each other and they see programmes developed together.''

In the longer term, he said, Bundesliga will also work very actively with the German clubs to bring them to India, “ideally, to also play against an ISL team or an I League team, so that there's a real connection because people want to be able to touch and feel the clubs and the superstars. The sooner that we can travel, the sooner we will be able to do that.''

Bullish on the Indian football market despite competition from the English Premier League (EPL), Klein said, “We know the EPL strength in India, but from our research that we do regularly, including in India, we are the fastest-growing league in terms of fan engagement. So in terms of growth, (although) we're coming from a different base, we know that there is a fan base.” He also said Bundesliga International is looking forward to working closely with SPN, with which it has signed a two-year pact for exclusive media rights to broadcast the premier German football league in India and the Subcontinent, not just in bringing live matches but also activities at the grassroots.

“Our ambition, plans and discussions with Sony are to bring legends to India. That doesn't mean just come and say hello, shake your hand. It's actually to create some grassroots events around it, training programmes for Indian football fans,” he said.

While Bundesliga wants to have a very good presence with the live environment in India through Sony, he said, “We also work very actively with our licensees in terms of… we want to get public viewings. We wanted to be able to bring our legends over and create a big buzz once or twice a year and for that, we need to have a partner who's going to be able to engage.''