A possible venue is Naples, where Diego Maradona is considered an icon 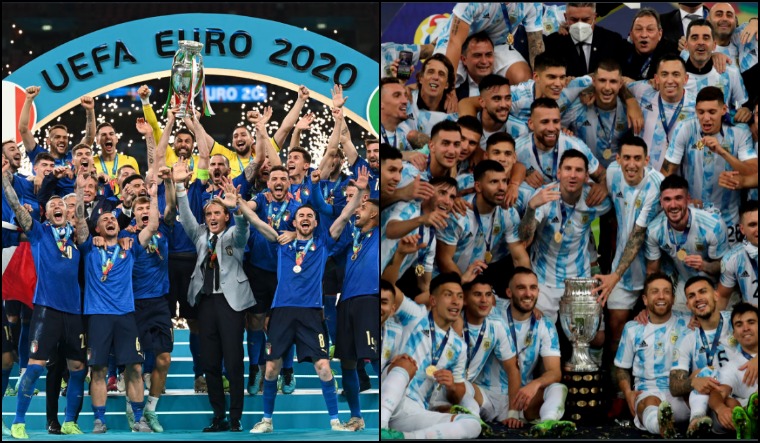 UEFA confirmed plans on Tuesday to stage the first of three planned editions of the inter-continental game in June at a venue to be confirmed.

Naples has been suggested as a possible venue in the stadium now named for Argentina great Diego Maradona. Maradona became an icon in the city for helping Napoli win its only two Serie A titles in 1987 and 1990.

"The agreement reached by the two organisations currently covers three editions of this match between the respective continental winners, UEFA said in a statement, adding the deal includes the opening of a joint office in London.

UEFA and CONMEBOL are defending the traditional four-yearly schedule of their continental championships and the World Cup from a FIFA-driven plan to play the World Cup every two years.

They have warned of European and South American teams boycotting a biennial World Cup if FIFA gets the plan approved by its 211 member federations.

Every World Cup since the first edition in 1930 has been won by a European or South American nation. The two continents have provided every semifinalist in the past four editions.