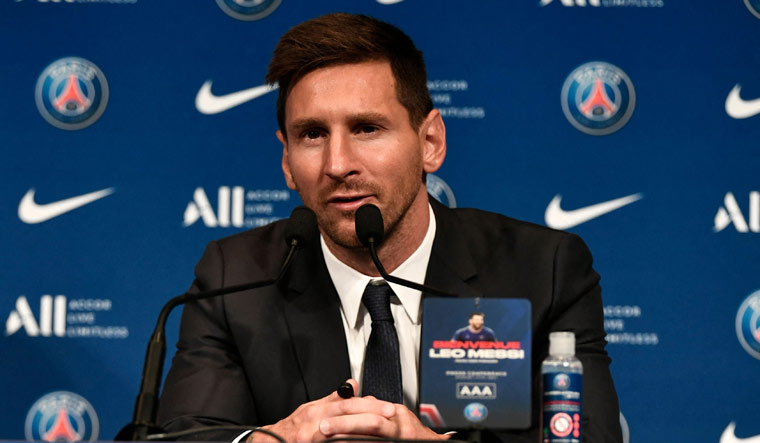 French newspaper L'Equipe has revealed that Lionel Messi stands to earn €110 million in three years if he stays at Paris St Germain.

According to the paper, despite moving on a free transfer from FC Barcelona to the French team, the Argentine captain will earn €30 this season, and €40 million in each of his next two seasons, thanks to a loyalty bonus.

This means that Messi will earn as much as his teammate Neymar, said the reputed sports newspaper. The Brazilian had joined PSG on a world record €222 million transfer in 2017. Neymar recently signed a contract that keeps him at the club until 2025.

The reported figures do not include individual and team bonuses.

At the time of Messi's signing in August, it was revealed that he would also receive a part of his salary in cryptocurrency. L'Equipe has reported that he will earn €1 million a year through the club's cryptocurrency, PSG Fan Token.

When PSG announced that his “welcome package” included cryptocurrency, it triggered a rally in the crypto tokens that the club first issued to its fans last year.

Messi had joined PSG towards the end of the summer transfer window after Barcelona revealed that they could not accommodate his wages, despite the player offering to take a 50 per cent pay cut.

As per his old contract with the club, which ended on June 30, Messi was reportedly earning a massive €138 million a year, excluding bonuses.

Messi ended his 20-year-long association with the club to reunite with former Barca teammate Neymar, who is said to have been influential in PSG signing him. The duo is joined by Kylian Mbappe to form one of the most expensive attacks in world football.

Since his arrival, Messi has made two appearances for PSG. He came off the bench in a Ligue One match against Rennes for his debut, followed by a full start in a surprising draw against Club Brugge in the Champions League.