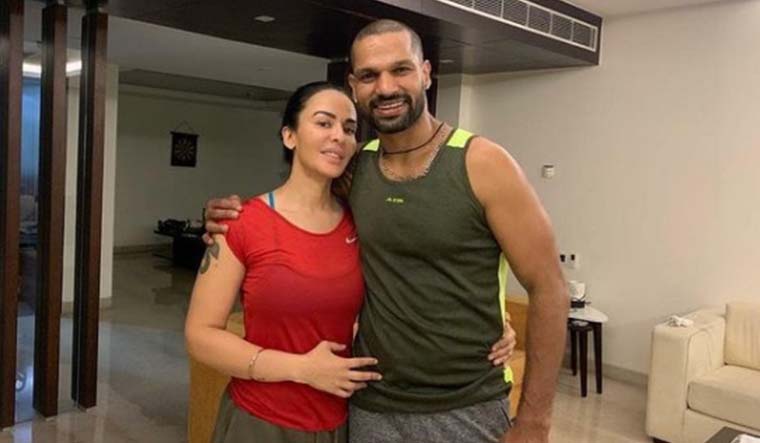 It’s all but official. India cricketer Shikhar Dhawan and Aesha Mukherji have decided to part ways it seems, going by the latter’s Instagram post.

Dhawan and the Melbourne-based kickboxer got married in 2012. The duo have a son, and two daughters from Mukherji’s earlier marriage. The two, reportedly, met through Facebook, with former cricketer Harbhajan Singh being a mutual friend.

Mukherji took to Instagram to share a long post, describing her emotions on going through divorce the second time. She also reached out to people who were struggling to cope with separation and offered help.

Dhawan had led a young Indian team on the Sri Lanka tour in July, where the Men in Blue won the ODI series 2-1 but lost the T20I series 1-2.

The left-hander will now be seen in action in the second phase of IPL 2021, to be held in UAE from September 19 to October 15.

Dhawan is also certain to find a place in India's T20 World Cup squad which is to be announced on Wednesday, as the BCCI is set to name a big squad with an eye on COVID-19 protocols.