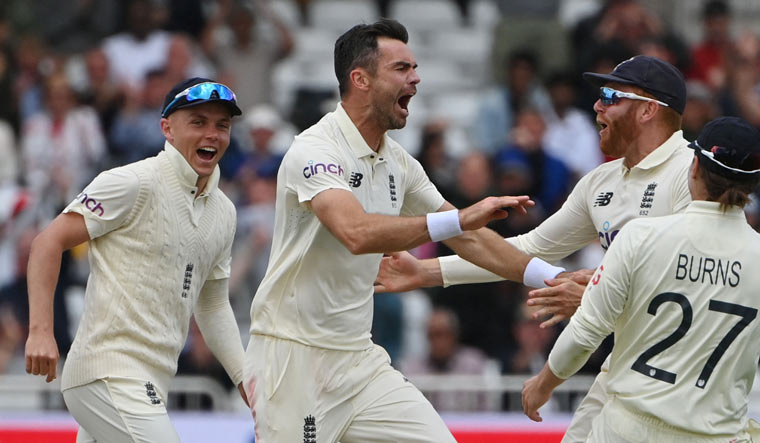 England had the first laugh as India lost the wickets of in-form opener K.L. Rahul (0) and Cheteshwar Pujara (1) on the first day of the third Test at Leeds on Wednesday. Both the batsmen were sent back to the pavilion by James Anderson and caught off by Jos Buttler.

Currently, captain Virat Kohli is on the crease along with opener Rohit Sharma.

Kohli said Ravindra Jadeja will bowl a lot more in this game, looking at the dry nature of the surface.

For England, Dawid Malan is back in the Test XI in place of Dom Sibley along with pacer Craig Overton, who replaced an injured Mark Wood.