What is the ROC, the banner under which Russian athletes are competing in the Olympics

The ROC cannot use Russia's flag, name or anthem 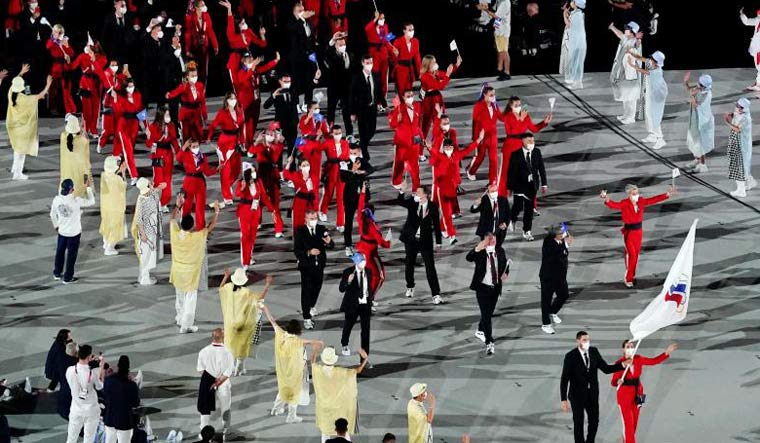 The World Anti-Doping Agency (WADA) in 2019, banned Russia from competing in international sporting events for four years; this included the Tokyo Olympics and the FIFA World Cup in 2022. This was the result of whistleblowers and investigators accusing Russia of running a doping programme.

In 2020, the Court of Arbitration for Sport reduced the initial ban of four years to two, but officially, no Russian team can participate in any sporting event organised by a WADA signatory.

Yet, at the 2020 Tokyo Olympics, 335 sportspersons from Russia are competing with athletes from all over the world. The Russian athletes are competing under the banner of ROC or the Russian Olympic Committee. The team cannot use Russia's flag, name or anthem.

So how did the world's top sporting nations come to being banned?

In 2014, 800 m runner Yulia Stepanova and her husband Vitaly, a former RUSADA (Russian Anti-Doping Agency) employee appeared in a German documentary, where they exposed the state-sponsored doping programme. Post these revelations, several sanctions were imposed on Russia. WADA urged that Russia hand over information on athletes from its Moscow laboratory to doping regulators and said that the sanctions would be lifted if the said data was provided. The data would have exposed hundreds of athletes who may have cheated in numerous sporting events.

In 2016,  another whistleblower — Grigory Rodchenkov, a former head of the RUSADA — told The New York Times that Russia ran a carefully planned, state-sponsored doping scheme.

Who is the ROC?

The ROC technically would be the same as Russia. If the jersey or uniform of a ROC athlete says Russia, it should also say neutral athlete. If a ROC athlete wins a medal, the Russian anthem won't be played.

On Sunday, when Vitalina Batsarashkina won the ROC’s first gold in Tokyo in the 10m pistol event, music from Tchaikovsky’s Piano Concerto No. 1 was played-- which will also play for other ROC gold medalists.

After the doping programme was exposed, the IOC (International Olympic Committee) removed 111 athletes, including the entire track and field team, from Russia’s 389-member contingent for the Rio Olympics in 2016.

The ROC contingent will partake in the Beijing 2022 Olympics and Paris 2024 Olympics. Even at the 2022 FIFA World Cup in Qatar, Russia will take part under the ROC banner. Essentially, the ban or the punishment prevents the players from using the Russian flag, the Russian anthem or any other symbolism related to the country.

In the 2018, Winter Olympics in South Korea, the Russian contingent of 168 athletes participated via special dispensations from the international federations.