31 matches, including 10 double headers, to be played during the 4-week window 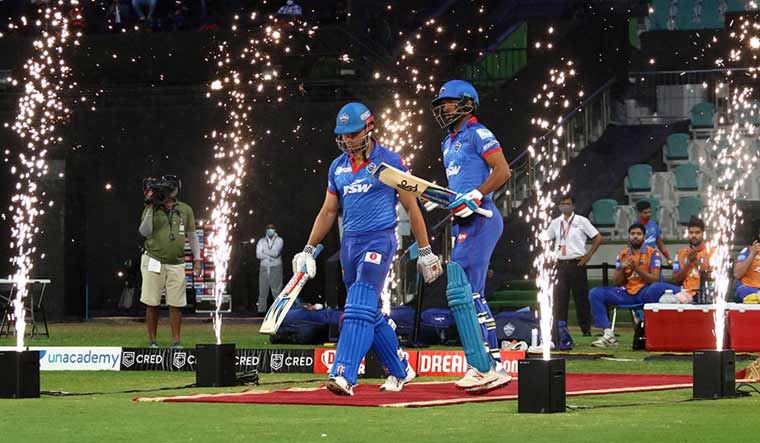 Marcus Stoinis and Shikhar Dhawan of Delhi Capitals come out to bat during the Qualifier 2 match of the IPL 2020 against the Sunrisers Hyderabad at the Sheikh Zayed Stadium | iplt20.com

The first of the remaining IPL 2021 matches will be held on September 19 while the final will be played on October 15, news agency ANI reported citing a BCCI official. IPL 2021 was halted in early May as the second wave of COVID-19 that was ravaging across India breached the bio bubble, resulting in at least a dozen staff and players across franchises being tested positive.

The BCCI is confident that the remaining IPL games will be held successfully in Dubai, Sharjah and Abu Dhabi, the official said. The official added that talks are on with foreign players on their availability for the said period. Franchises also expressed confidence that the BCCI will engage in positive discussions with the foreign boards and make players available for the remaining games.

The four-week window will be enough for the league to complete its remaining 31 games for the season, a win-win scenario for all the primary stakeholders including the BCCI, franchises and broadcasters. "We are finalising the itinerary and there will be 10 double headers and seven evening matches along with four main games (two qualifiers, one eliminator and the final), which completes the list of 31 matches," an official had earlier told PTI.

The Indian team's last Test match against England is set to finish on September 14 at Manchester and on the next day, the whole team (save Hanuma Vihari and Abhimanyu Easwaran) will be flown to UAE in a chartered flight for a "bubble to bubble" transfer.