Powar, who had a controversial first tenure, replaces WV Raman 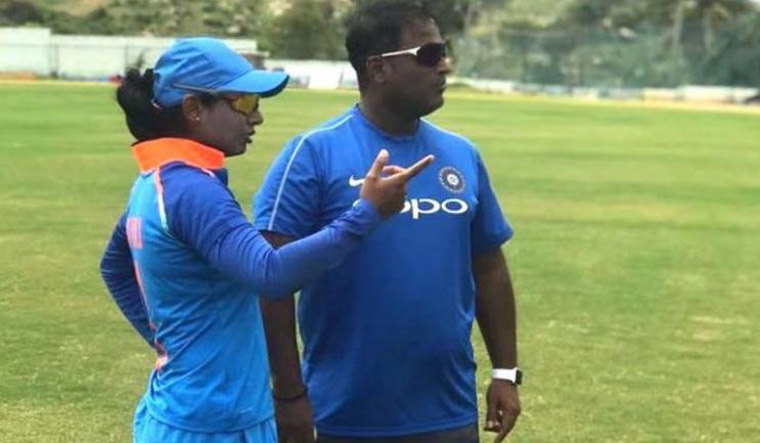 The 42-year-old was recommended by the Madan Lal-led Cricket Advisory Committee (CAC) after interviewing eight candidates, including Raman.

"The Board of Control for Cricket in India (BCCI) announces the appointment of Mr Ramesh Powar as the Head Coach of Team India (Senior Women). The BCCI had advertised for the post and received over 35 applications," a BCCI statement read.

The others in fray were former India wicketkeeper Ajay Ratra and four female candidates including former chief selector Hemlata Kala.

"Looking forward to take india women's cricket ahead. Thanks a lot CAC & bcci for this opportunity," Powar tweeted after his appointment.

The CAC chose Powar for his clear vision for the team, said Lal.

"He has been coaching for a while. His vision for the team impressed us the most. He has a clear cut plan for the team, what he wants do with it to take it to the next level. He also has full clarity on all aspects of the game. Now he needs to deliver on that," Lal told PTI.

It remains to be seen how Powar works alongside Mithali, who had accused him of bias after the Harmanpreet Kaur-led T20 team dropped the veteran batter for the all-important World Cup semifinal against England.

Mithali, in a letter to the BCCI after the event, had alleged that Powar "was out to destroy and humiliate" her. Powar had hit back asserting that Mithali "threw a lot of tantrums and created chaos in the team".

After being removed from his position in the women's team, Powar proved himself as a coach and earlier this year, led Mumbai to the Vijay Hazare Trophy after the domestic giants failed miserably in the T20 competition. He has also worked at the National Cricket Academy as a bowling coach.

Asked whether his acrimonious exit from the team and relationship with Mithali was discussed during Powar's interview, Lal said: "We did ask him about it and he said he wasn't at fault. He is okay working with all the players."

"I was also very impressed with the views of the four female candidates. It showed they are very much in touch and involved with the game. Future is bright for all of them," Lal added.

Powar played two Tests and 31 ODIs for India. In his first stint with the women's team, Powar was at the helm from July to November 2018.

It was under his tutelage that India qualified for the semifinal of the T20 World Cup that year and also won 14 T20 matches in a row.

Raman, who had replaced Powar in December 2018, now finds himself in a similar situation.

The former India batsman had coached India to the T20 World Cup final last year but it seems the ODI and T20 series loss to the visiting South African team in March cost him the job. A few selection calls during the series, like the dropping of teenage big-hitter Shafali Verma and senior pacer Shikha Pandey, had raised eyebrows.

"All the best @imrameshpowar with the @BCCIWomen in this spell.. Look forward to seeing the girls soar under your guidance...," Raman tweeted.

It was the team's first assignment in 12 months after a prolonged break due to the COVID-19 pandemic.

Powar's major challenge will be to prepare the team for the ODI World Cup in New Zealand next year.

His first assignment will be a full-fledged tour of the UK starting with India's first Test in seven years from June 16 against hosts England.

The team is also scheduled to tour Australia before the World Cup.