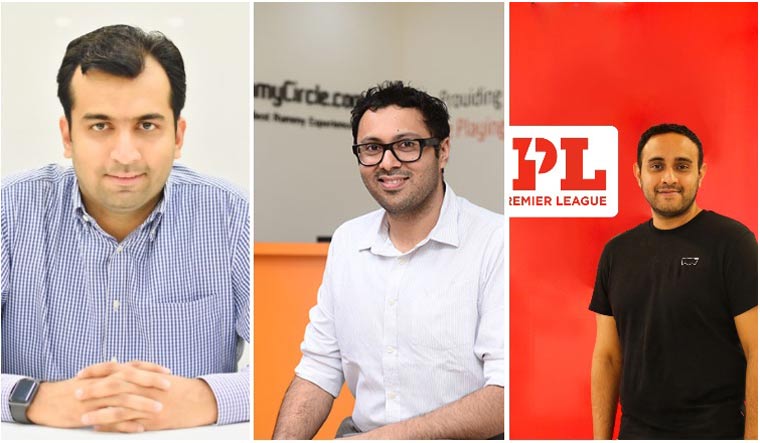 When mobile wallet PayTM added gaming to its app, it didn’t have much to do with business expansion or getting a foothold in a new genre. The idea was a bit more territorial and down-to-earth.

“Yes, one of the ideas…was to increase engagement with our users and offer something beyond just payments and transactions,”admits Sudhanshu Gupta, chief operating officer of PayTM First Games. “We started by introducing interactive content on Paytm app that included casual games and contests.”

Then, analytics noticed something pretty curious. “We observed that these games had become quite popular among our users. Besides paying bills and availing other services on the Paytm app, they were also engaging in our games for longer durations every passing day.”That was when PayTM decided to create a separate app for mobile gaming, eventually titled PayTM First Games, and expand the number of games it offered.

And how! In just the three months of IPL starting this September, PayTM First Games had a growth of 400 per cent, no doubt spurred by its own affiliate sponsorship of the cricket championship (Rival Dream11 was the title sponsor). “Online fantasy sports has emerged as an innovative tool of fan engagement that has grown exponentially in the last 2-3 years,”according to a spokesperson of FIFS, or Federation of Indian Fantasy Sports, the umbrella body of online gaming operators.

The flush-with-funds operators throwing big money to rope in cricket stars to endorse them was another major factor for the genre to take-off the way it did. While Virat Kohli endorsed MPL, Sourav Ganguly appeared in many My11Circle ads, while Sachin Tendulkar became brand ambassador for PayTM First Games. “Onboarding Sachin Tendulkar as our brand ambassador has tremendously helped us to spread awareness about different genres of games including fantasy sports in the nook and corner of our country,”says Gupta of PayTM First Games.

While IPL spurred a mainstream-isation of the genre, it wasn’t the only bonanza the industry got. The IPL saga was preceded by the long months of lockdown when families and friends stuck at home turned to mobile gaming platforms to wile away time—so much so that users doubled between February and end of the year, according to a study by KPMG. “Gaming habits went through a drastic transformation during this period as the average age group of online gamers increased from 18-35 years to almost 18-55 years,”points out Gupta. From 10 operators and 50 lakh users just four years ago, fantasy gaming today commands upwards of 10 crore users, spread across more than 150 players.

The thrills, though, came with their own share of spills. Assam, Odisha, Andhra Pradesh, Telangana, Nagaland and Sikkim have all banned fantasy gaming over the past few months, putting a spanner in the works of this fast-growing arena. Reports of people being driven to suicide and financial issues were said to be one of the primary reasons prompting state governments to crack the whip, alleging these to be nothing short of gambling. Tamil Nadu brought in a ban though the courts intervened. Karnataka is also said to be mulling a ban, and it may not be the only state to do so.

“The biggest challenge that fantasy sports faces is regulatory uncertainty,”says Fantasy Akhada founder Amit Purohit, the weight of state after state announcing bans weighing on his mind. “It is best if there are clear guidelines set out nationally for this industry. It is not just good for the users but also for operators.”

Just as well, with the Union government activating advertising guidelines for fantasy gaming from December 15, including statutory warning that the games should be played at one’s own risk as it “involves an element of financial risk and may be addictive”. Earlier this month, NITI Aayog set out a broad set of guidelines for the industry to follow, something the industry players have taken to interpret as a vindication of their legitimacy, along with the many court verdicts.

“Several High courts, including Rajasthan, Punjab and Haryana have examined the game’s legality and upheld it as a game of mere skill,”points out Bhavin Pandya, co-founder and CEO of Games24x7, which has marquee brands like RummyCircle and My11Circle in its kitty. “Supreme Court, through its standing order, has specifically upheld the same,”adds FIFS’s spokesperson, who also pointed out to a recent study by IIM Bengaluru published in the Harvard Business review which statistically proved the predominance of skill in Dream11’s specific format of fantasy sports.

The industry has been on a major PR exercise fearing the spectre of further state bans, arguing how fantasy sports required skill and was not a game of chance. “Fantasy Games requires the players to do in-depth research, improve their knowledge base and then make strategic choices while selecting their teams. They are a game of skill, just like chess and quiz.  We wish to make it clear that as per Indian laws, fantasy sports are completely legal and allowed all over India, except in few states,”says Gupta of PayTM First Games emphatically.

Once the legal issues are out of the way, the many companies in the fantasy gaming scene feel the sky would be the limit. While India has 800 million sports viewers/fans, fantasy sports has approximately 100 million users. The headroom is immense,”Purohit of Fantasy Akhada points out. “Also, even within the existing players, once there is more regulatory clarity, their engagement is bound to go up significantly.”With better mobile connectivity, companies hope to increase their catchment area, reaching out to tier 4 & 5 towns as well as rural areas.

Another chance is expanding the variety on offer. While so far the popular disciplines have been cricket and football, increasing in popularity have been the likes of kabaddi, basketball and even baseball. This could further grow with a home-grown ecosystem. “We foresee a big opportunity for indigenous game developers and indigenous online games that promote Indian culture and characters in the years to come,”says Sai Srinivas, co-founder and CEO, MPL. “We look at eSports & gaming as a way to bridge the gap between the opportunities in bigger cities and smaller towns.”

Unless sarkari diktats play party pooper, fantasy gaming industry’s dreams for 2021 and beyond are nothing short of fantastic. “We are very bullish on India’s fantasy gaming space and see it growing 3-4 times over the next five years,”exults Bhavin Pandya.

Projected market value of the industry by 2022 stands at nearly 12,000 crore rupees. Adds Srinivas of MPL, “Credible organisations such as FICCI and KPMG have estimated the fantasy and gaming market to be worth billions of dollars. For a sports crazy nation like India, it stands to reason that they will engage with digital versions of the sports as well.”

(With inputs from Varun Ramesh Balan)