Wimbledon cancelled for first time since World War II, due to COVID-19 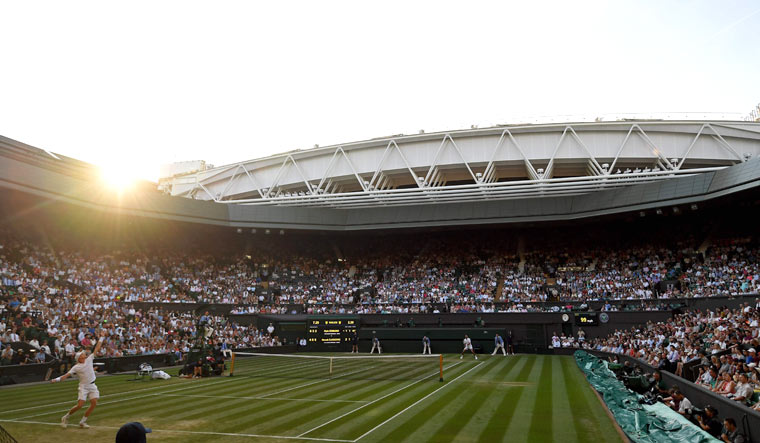 The Wimbledon tennis championship was cancelled for the first time since World War II, as COVID-19 claimed yet another 'victim' in the sports calendar this year.

The cancellation of the only grasscourt Grand Slam tournament at the All England Club has left the tennis season in disarray after the French Open was controversially moved and all events cancelled until June 7.

Wimbledon was due to start from June 29 and carry on till July 12, with Novak Djokovic and Simona Halep set to defend their singles titles.

"It is with great regret that the main board of the All England Club and the committee of management of the championships have today decided that The Championships 2020 will be cancelled due to public health concerns linked to the coronavirus epidemic," the AELTC said in a statement.

With the world struggling to contain the spread of COVID-19, which has infected more than 840,000 people worldwide and killed over 40,000, it was widely expected that the premier tennis tournament, too, was cancelled

The men's ATP Tour and women's WTA Tour have already been suspended till June 7, and looks likely to be delayed further. The French Open, to be originally held from May 24-June 7, too, has been postponed and rescheduled for September 20-October 4, soon after the US Open.

Wimbledon has been held every year since 1946 after a six-year gap because of the war.