The England bowler had tweeted, ‘3 weeks at home isn’t enough’ in 2017 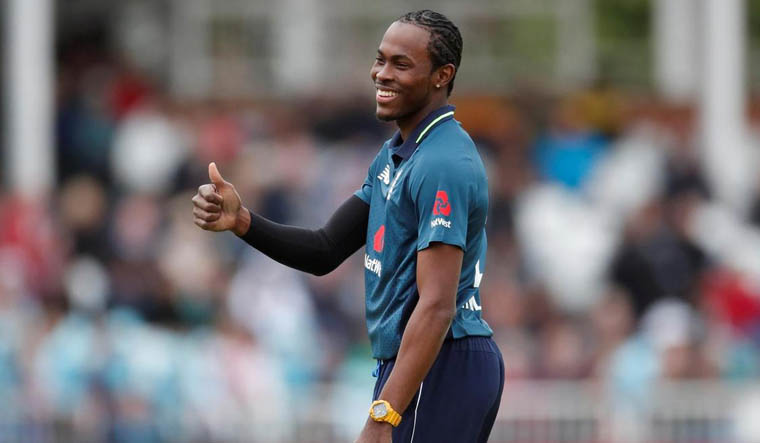 Jofra Archer has a tweet for everything, that’s the general consensus.

The English pacer is not just known for his fiery bowling—he has struck at least 20 batsmen in the head or body—but he has tweeted some “predictions” in the past that people have come to believe that whatever be the scenario, Archer has a tweet for everything.

This time, what has bemused Twitterati is that Archer has a tweet for the 21-day lockdown in India announced by Prime Minister Narendra Modi on Tuesday. Due to the rising cases of the COVID-19, a complete lockdown was put in place from Wednesday to try and contain the spread of the coronavirus that is wreaking havoc around the world.

“3 weeks at home isn’t enough,” he had tweeted with a ‘rolling eyes’ emoji in 2017. Several fans have taken this to mean that Archer “knew” about the lockdown. The tweet from over two years ago is now viral.

Twitter users are now trying to put together Archer’s tweets from the past to ascertain if it can shed some light on the future. He is the human equivalent of The Simpsons, a few others said. The Simpsons series has also accurately made many “predictions” from the outbreak of the Ebola virus to Donald Trump being elected as the US president.

Another tweet from 2013 went, “15 from the last”. People were spooked by how accurate his tweets from long ago were. While some wondered how it was possible, others wanted to know if he could predict their future. It was eerie to say the least.

However, Archer is known to have the habit of live-tweeting certain matches and that has somehow fitted into many different scenarios in the present, leading to the consensus that for any and every situation, there exists a tweet on pacer’s Twitter feed.

Some have said that Archer is a time-traveller, others feel he has the ‘supernatural’ ability to predict the future and there are those who simply think he just has a tweet for everything.