Harvinder Singh, too, added to the five-member panel 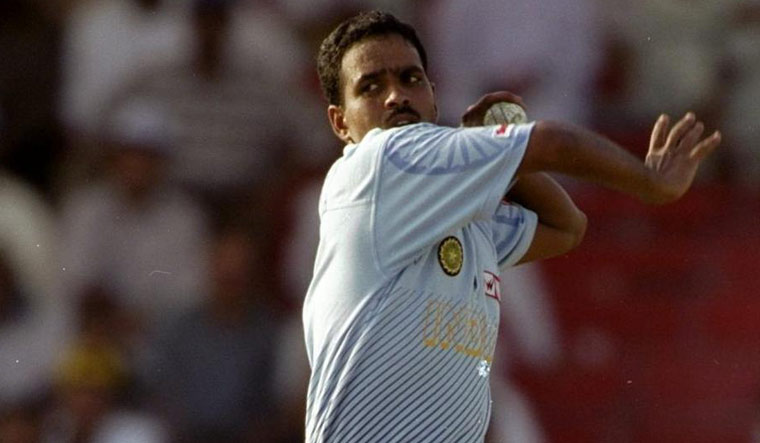 "The committee recommended Mr Sunil Joshi for the role of Chairman of the senior men's selection committee," read a statement from BCCI Secretary Jay Shah.

In an unprecedented decision, the BCCI said the CAC will review the panel's performance after one year and "make recommendations" accordingly.

Harvinder was chosen from Central Zone and replaces Gagan Khoda in the panel.

"We have picked the best guys for the job. We picked them (Joshi and Harvinder) because they were very clear in their views," Lal said after the interviews.

Specifically on Joshi, Lal said: "We liked his straightforward attitude. He is experienced also (having been part of the Bangladesh support staff). He has also coached UP.

"I asked him how he handled Bangladesh selectors. He has done the toughest of jobs. His thoughts were the best."

"Their experience in Tests, ODIs and first-class was considered. The rest we will get to know (with their performance). After one year's time, if we find they have not done a good job, we will decide accordingly," he said.

The CAC had shortlisted five candidates for interviews—Joshi, Harvinder, Venkatesh Prasad, Rajesh Chauhan and L.S. Sivaramakrishnan—from a list of 40 applicants.

The likes of Ajit Agarkar and Nayan Mongia did not even make the shortlist but the former could be back in contention after Paranjpe's term ends in September along with Gandhi and Sarandeep.

"Their tenure is for one-year. Once the tenure of other selectors is over (in September), the CAC will sit again to pick the new selectors in their place and we will review the performance of the selectors that we have picked," said Lal.

Joshi's selection from South Zone and Harvinder getting picked from Central Zone also shows that the Board has stuck with the zonal policy.

"Our zonal system is very effective and you need it as India is a huge country," said Lal .

Their predecessors, Prasad and Khoda, who were appointed back in 2015 and given an extension last November.

The playing credentials of the Prasad-led panel were often questioned and this time too, the CAC decided to pick Joshi and Harvinder over more experienced candidates.

Lal said the BCCI office-bearers, including president Sourav Ganguly, gave the CAC a free hand in choosing the candidates. "Ganguly did not even say a word," he said.

On selectors dealing with the high-profile team management including skipper Virat Kohli and head coach Ravi Shastri, Lal assured the chosen ones will not shy away from taking tough calls.

Fellow CAC member R.P. Singh added: "Our captain is a high performing player. We knew that we needed to find somebody who can communicate with him, because in the end it is the captain who has to run the team.

"Captain matters a lot to the team and so it is important how you communicate with him. What is gone is gone, the two selectors that we picked had the best answers on this topic," said Singh.