In the video, Thanseer is seen energetically commentating a race on Sport's Day 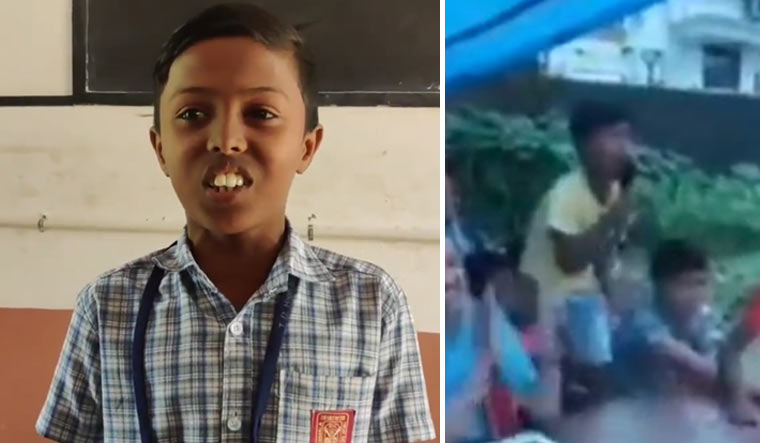 Thanseer a student in T.D High School, Mattancherry; On the right, Thanseer (in yellow) is seen doing the commentary for a race while standing on his chair

A boy studying in the 7th grade of T.D. High School in Mattancherry, Kochi has become the talk of the town, as videos of his passionate commentary during a school race surfaced on social media platforms.

In the video that has now gone viral, Thanseer is seen energetically commentating during a race that happened during the school’s Sports Day. He is heard making very few mistakes in pronunciation, which his teachers correct. As the race inches towards the climax, Thanseer’s commentary, too, gets exhilarating as both the volume and excitement go up. He even jumps on to his chair in elation as he narrates the race from the desk where the commentary is taking place.

Thanseer’s narration, albeit not flawless, has garnered the admiration of social media buffs who have likened the boy’s commentary to that of Shaiju Damodaran, the Malayalam sports commentator who has become a household name among Malayalis.

Damodaran gained a huge fan following for his vehement commentary during sports matches, especially in the Indian Super League. His commentary when Cristiano Ronaldo scored his hat-trick goal during the 2018 FIFA World Cup match between Portugal and Spain, had caught national attention for his hair-raising celebratory outburst.