Will the BCCI stick with Shastri or go for a new head coach? 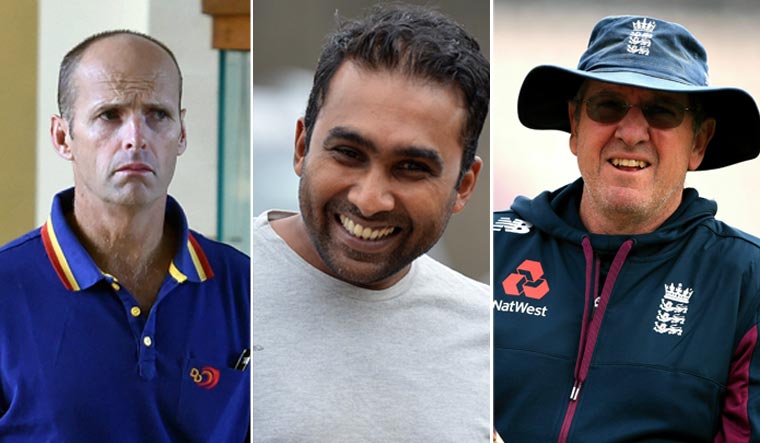 Gary Kirsten, Mahela Jayawardene and Trevor Bayliss could be up for the job | PTI; AFP; AP

As Ravi Shastri's two-year term with the Indian cricket team comes to an end after the series against the West Indies, the BCCI is looking for possible replacements as head coach. The Board of Control for Cricket in India has invited applications for the men's team support staff including the head coach. To extend his tenure as the coach, Shastri would have to reapply and secure his post.

Though the Indian team did not win any major ICC tournaments under Shastri, they secured their maiden Test series win in Australia early this year. In addition to this, the Men in Blue also won the Asia Cup besides One-Day International series victories in South Africa, Australia and New Zealand during Shastri's stint.

It remains to be seen whether the BCCI will stick with Shastri or go for a new head coach. Here are five possible candidates who would be perfect for the job.

Mickey Arthur's term with Pakistan has come to an end after the World Cup. Arthur has been asked by the Pakistan Cricket Board (PCB) to reapply for the post of Pakistan head coach. Reports suggest that Pakistan are uninterested in extending his contract and this opens up his possibilities in signing with the Indian team.

Tom Moody is a vastly experienced coach. He is currently the head coach of Indian Premier League (IPL) team Sunsrisers Hyderabad. During the period from 2013 to 2019, he guided the Sunrisers to the playoffs five times and helped them secure the title in 2016. He is also known for guiding the Sri Lankan team to the 2007 World Cup final.

The Australian would be a good choice to guide the Indian team with a lot of youngsters likely to make the cut in the coming months.

Shortly before the World Cup final, Trevor Bayliss announced that he would be stepping down as the England team head coach after the Ashes Test series that starts in August. The Australian is at the peak of his career and would be a suitable replacement for Shastri. He played a significant role in guiding England to their maiden World Cup triumph. Bayliss was the head coach of the Sri Lankan team that lost to India in the 2011 World Cup final. He also coached Kolkata Knight Riders to two IPL titles after their failure in the initial seasons. He also won the Big Bash League and Champions League T20 titles with Sydney Sixers.

Mahela Jayawardene is fast earning the reputation of a good coach after guiding Mumbai Indians to two IPL titles in the past three seasons. He played over 600 games for Sri Lanka across all formats. He knows exactly what a team needs and this could benefit the Indian team with a lot of youngsters likely to find a place in the line-up in the near future.

The South African needs no introduction to Indian fans. He helped the Men in Blue clinch the 2011 World Cup. India had their finest phase with Kirsten as their coach and M.S. Dhoni at the helm. Kirsten left the team immediately after the World Cup victory and joined as the South Africa head coach. He has also worked with Indian captain Virat Kohli in the IPL as Royal Challengers Bangalore batting coach and later as head coach. The advantage of choosing Kirsten over others is that he knows the team quite well and can blend with the players easily.

This story originally appeared in Onmanorama