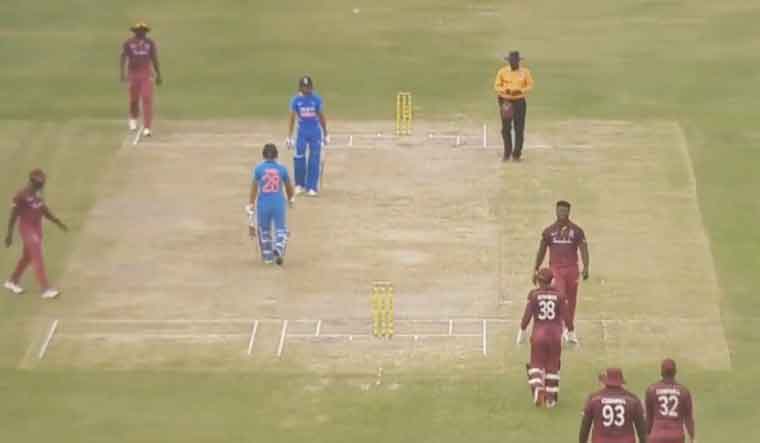 Skipper Manish Pandey struck an impressive century while Krunal Pandya took five wickets to guide India 'A' to a 148-run win over West Indies 'A' in the third unofficial ODI and take an unassailable 3-0 lead in the five-match series at North Sound in Antigua.

Opting to bat, India A put on a big total of 295 for 6 in their allotted 50 overs and then bowled out the hosts for 147 in 34.2 overs. Although the visitors lost their opener Anmolpreet Singh for nought, the other opening batsman Gill (77 off 81 balls) and one-down Shreyas Iyer (47 off 69 balls) shared a valuable 109-run stand for the second wicket.

Thereafter, Pandey continued from where Gill had left, scoring a 100 off just 87 deliveries. Pandey added a solid 110 runs with Hanuma Vihari (29) for the fourth wicket.

Chasing 296 for a win, the home team got off to a decent start with John Campbell (21) and Sunil Ambris (30) putting on 51 runs together for the opening wicket.

But soon, Krunal (5/25) ran through their batting line-up with a fifer to bowl West Indies A out for below 150 runs.

The fourth and fifth unofficial ODIs between the two sides will be played at Coolidge on Friday and Sunday respectively.