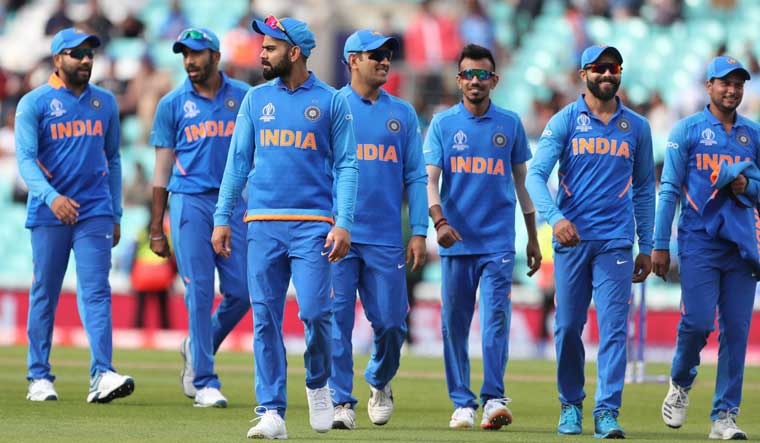 “Come on India dikhado, duniya ko hilado”, goes the opening line of one of Team India’s most popular ‘cheer tunes’ ever. The 1999 World Cup song (by Shankar Mahadevan) and its visuals featuring some legends of Indian cricket was more of a battle ballad than a song. When it inspired and would resonate for years to come, Team India’s performance in that World Cup wouldn’t!

Today, with the advent of social media, history often comes in search of you, and when I stumbled upon this video recently, I was transported 20 years back in time, and I realised―the World Cup is upon us!

The cricket World Cup and the United Kingdom seem to have a uniquely romantic association. Although the host nation is sitting on a 44-year-old World Cup duck, it has hosted the mega event more number of times than any other country and with a distinctive charm and flair to it. You might feel it even more, if you are an Indian! It all started for India at Lord’s 36 years ago, and should Virat Kohli manage to hold the coveted trophy aloft on the 14th of July, India’s journey in limited overs cricket would come a full circle! If the victory in 1983 was an accident, which triggered the great Indian cricket revolution, India enters this edition of the World Cup as one of the hot favourites. There are stories about how the organisers of the 1983 edition had kept all the champagne bottles in the West Indies dressing room, for an Indian celebration after the final was unthinkable! This time around, the champagne bottles (read the odds) are stacked heavily on India’s side! Let’s see how.

When England staged the World Cup in ’99 , little did we know that a disaster which would have the cricket world in its grips and leave deep wounds on it was just a few months away! World cricket was rocked by the match-fixing saga, and perhaps India and Pakistan were the most affected. Mistrust had engulfed Indian cricket and something extra-ordinary was required to appease the Indian fan and win back his trust. An aggressive young man from a privileged Bengali background was the answer. Once a self-absorbed individual, Sourav Ganguly seemed to have it in him what it took to bring Indian fans back into the game. He was fearless, hungry for success and with credible names like Tendulkar, Dravid and Kumble lending him support, Sourav put Indian cricket back on track. Perhaps his biggest contribution was his belief in the power of youth and the young brigade he backed, nursed and encouraged―Sehwag, Zaheer, Harbhajan, Yuvraj, Kaif, Dhoni―all would go on to rule world cricket for many subsequent years. Sourav aka Dada was keen on winning overseas and he instilled the belief in his team that they could win cricket matches away from Indian shores. 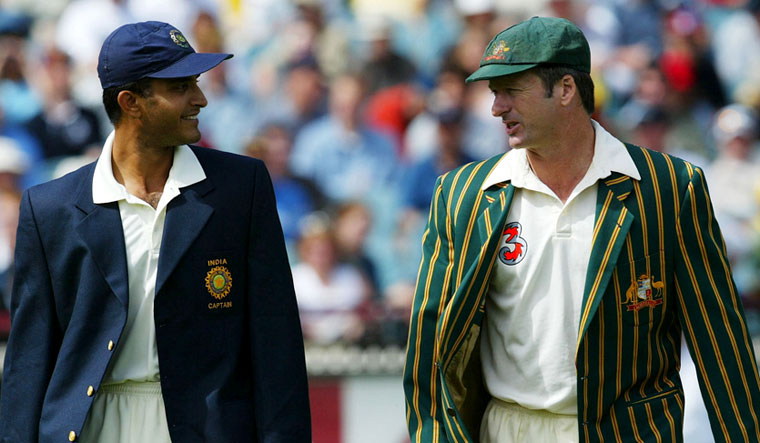 One of Dada’s defining moments as captain came in England and on the very same Lord’s balcony. Here was a captain who wasn’t hesitant to let the world know what was beneath the jersey, quite literally, and his act at the end of a thrilling Natwest trophy final was a statement―that here is an Indian team which means business and not afraid to give back as good as it gets! Kohli and his boys are perhaps an evolved version of what Ganguly and his men were! India have tasted a fairly good amount of success in limited overs cricket in England ever since that famous Natwest trophy win, winning the Champions Trophy in 2013 and being the runner-up in the same tournament again in 2017 being the highlights. Though the word ‘conditions’ might soon disappear from the cricket lexicon, especially in the case of white ball cricket, Team India would know what to expect in England and that augurs well.

Now, on to the men who represent the dreams of a billion. When there were two Indian batsmen among the top three run-getters (thanks largely to an assault on a hapless Sri Lankan bowling attack at Taunton), there wasn’t a single Indian bowler who figured in the top 10 list of wicket-takers in the ’99 edition. In fact, a terrible bowling effort against Zimbabwe which saw India concede 51 extras and being docked 4 overs while chasing the target would prove crucial in the final equation. You don’t put up a bowling performance like that and expect to win the World Cup! That’s where the current Indian team promises to be different from the one which played the World Cup in England 20 years ago. This is arguably India’s finest bowling attack at any World Cup. Bumrah is right up there as the world’s very best at the moment and although a tad expensive, Shami has looked in good rhythm in the IPL. Bhuvaneswar Kumar may not be at his best, but has shown steady progress through the IPL and that’s an encouraging sign. One might feel that the team is one pace bowler short, especially if one of the front line pacers has an off day. India would be hoping that Hardik Pandya and Vijay Shankar would step up and fill in. 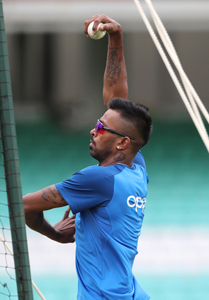 Two members of this squad who seem to have benefitted immensely from the IPL are K.L. Rahul and Hardik Pandya. The two had only the IPL as an opportunity before the World Cup to set the record straight after all that had happened around them and both made it count. The Kings XI Punjab management showed faith in Rahul and he delivered. It’s yet to be seen if Hardik will be effective bowling his full quota of overs, but with the bat he is in tremendous striking form. If Hardik can stay focused and summon his best on the ultimate stage, he could very well be the difference! It’s interesting to note that there is no Indian in the top 10 in the ICC rankings for the all-rounders when there are two Afghans on it, but nobody is going to lose sleep over it. If there is anyone in this squad who would want to forget the 2019 IPL as a bad dream, it’s Kuldeep Yadav. The sooner he forgets his return of 4 wickets in nine games and getting dropped from the KKR squad subsequently, the better it is. Instead, he should be thinking of the 87 wickets he has taken in 44 ODIs at an impressive economy rate of 4.93 and that should give him confidence. With confidence he will regain his magical deception and an in-form Kuldeep will be an invaluable asset! 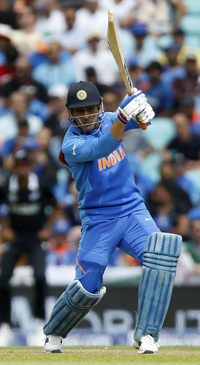 Both Shikhar Dhawan and Rohit Sharma didn’t have a great IPL with the bat, but it’s unlikely that the team management will be too perturbed about it. Both are much better batsmen in the 50 over format and Shikhar’s record in ICC events is particularly impressive. Rahul is perhaps the classiest among all the probables for the no. 4 slot and one feels he should be persisted with and given the confidence. However, it looks more like a floating position with Vijay Shankar, Kedar Jadhav and Dinesh Karthik all in the mix. If one among the top three stays well into the middle overs, India will be in a relatively comfortable position, but should they lose all three early on in the innings, the middle order might be put to some stern test. This will be a worry for the team management and the team would turn to its talismanic cricketer M.S. Dhoni in such a situation. His cool head, patience, ability to guide younger partners and the skill to accelerate when required will all be needed by the team in such a scenario!

One sincerely hopes that one doesn’t get to see scores of 350 plus regularly. Cricket is a game between the bat and the ball and there should be an even contest between the two. The Indians seem to have all the bases covered and now it’s a matter of executing it on the field. It’s all about managing pressure, staying focused and sticking to the process. India has four tough matches right at the start and it would mean that the players would be required to perform to their potential right from the word go. If they click as a team early on in the tournament, India will be a tough team to beat. It’s a very good team and if all the necessary elements combine at the right time, there’s a strong possibility that India would lift its third ODI World Cup trophy and their second on English soil. When that happens, it will still be summer in England but spring in India!