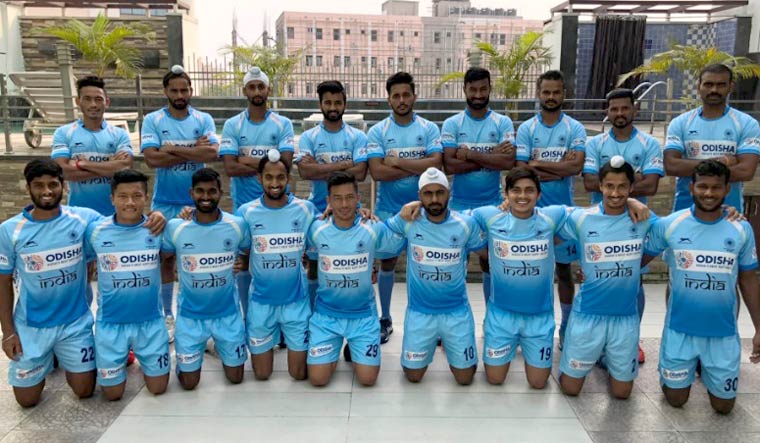 Odisha has been known for all things wrong since independence—poverty, malnutrition, starvation deaths, child trafficking and, of course, devastating cyclones. The scenario has improved over the past one and half decades. The state saw the sharpest fall in poverty in its history during this period. Odisha is now trying to attract worldwide attention by hosting the 14th Men's Hockey World Cup in Bhubaneswar from November 28 to December 16, 2018. Politically, the event can boost the stock of Odisha Chief Minister and Biju Janata Dal supremo Naveen Patnaik who is hoping for a fifth term, as the state assembly election is going to be held in early 2019 along with Lok Sabha polls.

After Olympics, the Hockey World Cup is the most important tournament in field hockey. Held every four years, the tournament witnesses the best of world hockey. It will be the third Men’s Hockey World Cup to be held in India—after Mumbai in 1982 and New Delhi in 2010. In its 47-year history, 25 countries had played around 569 games and scored 2,276 goals. Pakistan is the most successful team with four title triumphs. India has qualified for the World Cup for a record 14 times. From this year onwards, there will be 16 teams instead of 12. There will be four group stages, with 36 matches to be played in 18 match days. There will be 27 technical officials from 18 countries appointed by the International Hockey Federation.

The venue, Kalinga Stadium, was built in 1978, and is a multi-purpose stadium with facilities for athletics, football, hockey, basketball, tennis, table-tennis, volleyball, wall climbing and swimming. The stadium also boasts of an international standard eight-lane synthetic athletics track, a sports hostel, gymnasium and blue hockey turf. The stadium’s capacity has been expanded for the World Cup from 9,000 to 15,000 by adding two more galleries.

Though the matches will start from November 28, the event will be inaugurated by Patnaik on November 27. A.R. Rahman is collaborating with Shah Rukh Khan for the anthem of the tournament. Khan took to Instagram to share his photo with Rahman and captioned his post, “Spent a few hours with the prides of India, Hockey and @arrahman and the talented #raviraman. Thank u the whole team for making me feel so wonderful.”

Rahman and Khan will also perform LIVE at the opening ceremony of the World Cup. Amitabh Bachchan, too, has promoted the event. Recently, the state had organised a sports literary festival named Ekamra (Bhubaneswar’s ancient name is Ekamra Khetra)—at Bhubaneswar where sportspersons and reputed sports writers were present to promote the Hockey World Cup.

According to state sports secretary Vishal Dev, who is also the Odisha tourism secretary, “The state is trying to present its tourism potential before the world through this mega sports event. With this aim, the Hockey World Cup has been publicised in different countries in advance.”

Odisha expects an additional 50,000-1,00,000 tourists this season because of the tournament. No wonder, all hotels rooms in the twin cities of Bhubaneswar and Cuttack, and Puri, have been booked. The state government has introduced 300 buses for the three cities, which the chief minister inaugurated at Bhubaneswar.

Meanwhile, top hockey officials in India and from across the world have visited Odisha to oversee the arrangements. Hockey India president Mohammed Mushtaque Ahmed said after the inauguration of the renovated Kalinga Stadium, “One can see the commitment and tireless efforts that have gone into making the iconic Kalinga Stadium truly one of the best venues for hockey in the world. With increased capacity, comfortable seating arrangement for spectators and upgraded floodlight system among other features, we can expect the Men’s Hockey World Cup 2018 in Bhubaneswar to be an extravagant event. I am sure that hockey fans across the globe will carry with them great memories from here.”

Odisha’s connection with hockey is pretty old. The Chhotnagpur region, which covers parts of Odisha and present-day Jharkhand, is famous for its hockey genes. The Sundergarh district of Odisha bordering Jharkhand is known as the 'nursery of hockey' for having produced hockey legends including former India captain Dilip Tirkey. Recently, chief minister Patnaik had said that hockey will be promoted in each block of the district and astro turf will be set up in each block.

Politically, the tribal district is significant for the chief minister and his party, the BJD. In the 2014 Lok Sabha elections, it was the only constituency of 21 that the BJD could not win. BJP’s Union minister for tribal affairs Jual Oram had won from Sundergarh against BJD candidate Tirkey, who is also a Rajya Sabha member. So, the BJD aims to reverse its fortunes this time around.

Political gains apart, Patnaik has been promoting sports lately. Odisha has become co-sponsors of men’s and women’s hockey in India for next five years. Also, other sportspersons like sprinter Dutee Chand have been given financial awards. That he aims for bigger things was indicated recently when he said, “We are excited and all set to host the Men’s Hockey World Cup 2018 at the Kalinga Stadium. I am confident that it will be one of the many international-level sporting events that will be held in the state.”