The rocket has been developed by Skyroot Aerospace, a Hyderabad-based startup 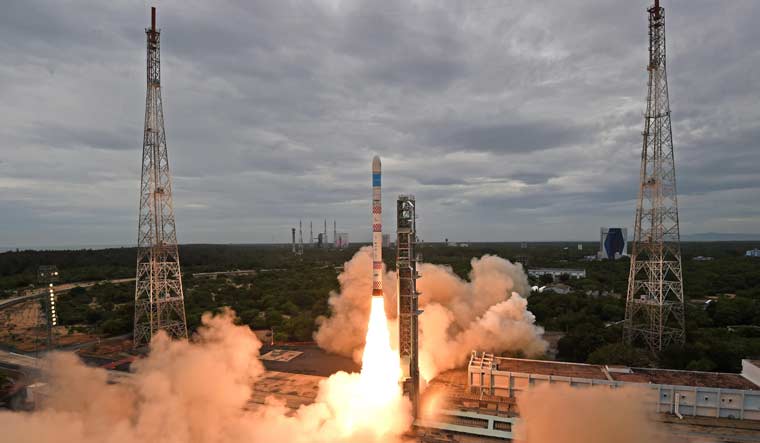 In a historic move, the ISRO will launch the country's first private rocket, Vikram-S, from its Sriharikota launch pad on Friday. The rocket has been developed by Skyroot Aerospace, a tech startup based out of Hyderabad.

The company's maiden rocket launch, a mission titled 'Praramb,' will lead the way for the involvement of private sector in the Indian space industry.

The launch has been scheduled for 11:30 am as of now, but will depend on the weather. The initial schedule of November 15 was pushed to November 18, following inclement weather conditions.

The Vikram-S rocket is a single-stage sub-orbital launch vehicle that would carry three customer payloads and is aimed at testing the rocket’s capability. Of the three payloads, two are domestic and one foreign. The domestic clients are SpaceKidz India and N-Space Tech India while the third, BazoomQ Space Research Lab, is based in Armenia.

Named after India’s space pioneer Vikram Sarabhai, the six-meter tall rocket will be launched to an altitude of 120 kilometers above the surface of Earth in the demonstration mission.

The launch of the rocket is expected to demonstrate flight proving of avionics systems in Vikram series like telemetry, tracking, inertial measurement, Global Positioning System, on-board camera, data acquisition and power systems. Vikram S is also one of the world's first few all-composite rockets that has 3-D printed solid thrusters for spin stability of the launch vehicle, the company spokesperson added.

Vikram-I can carry 480 kilograms of payload to Low Earth Orbit while Vikram-II is equipped to lift off with 595 kilograms of cargo. Vikram-III can launch with an 815 kg to 500 km Low Inclination Orbit.

This is the first time a private sector company is involved with ISRO. "This is a giant leap for the private space sector in India. Congratulations to Skyroot for becoming the first Indian company to be authorised for launching a rocket," Indian National Space Promotion and Authorisation Centre Chairman Pawan Goenka said.

Interestingly, there are around 100 start-ups that have registered with the space agency and are working closely with it in various domains, according to ISRO chairman S Somnath.

Recently, Agnikul Cosmos had successfully test-fired its single piece 3D printed engine, named Agnilet from the Vikram Sarabhai Space Centre in Thiruvananthapuram. "With the support of IN-SPACe and ISRO this test was conducted to validate the technological possibility that rocket engines can be made as a single piece of hardware," said a statement from the startup based out of IIT Madras.

In April, Bengaluru startup Pixxel put into space perhaps India’s first private satellite, the hyperspectral imager Shakuntala. The satellite, aimed at commercial service of soil quality and crop infestation, to name a few, was launched into space on a SpaceX rocket.