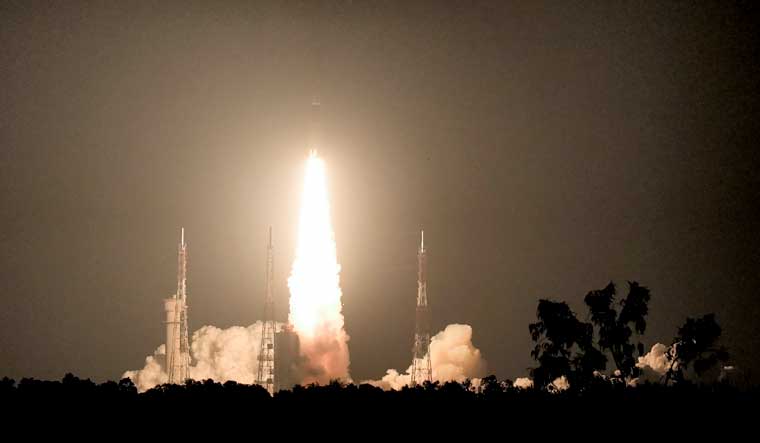 India’s first privately developed rocket is set to zoom into outer space next week. But it is just the tip of the rising meteor that is India’s galaxy-sized ambitions in space.

“Thrilled to announce Prarambh (which means ‘beginning’ in Sanskrit) our maiden launch mission (and) also the first for the Indian private space sector with a launch window between 12-16,” Skyroot announced.

The launch window of five days is based on preparations, last-minute trials and testing as well as weather. The Vikram-S rocket is a single-stage sub-orbital launch vehicle that would carry three customer payloads aimed at testing the rocket’s capability.

Beating Vikram by a few days is Agnikul Cosmos which successfully test-fired its single piece 3D printed engine, named Agnilet from the Vikram Sarabhai Space Centre in Thiruvananthapuram. “With the support of IN-SPACe and ISRO this test was conducted to validate the technological possibility that rocket engines can be made as a single piece of hardware,” said a statement from the startup based out of IIT Madras.

By no means are these the only milestones. Back in April, Bengaluru startup Pixxel put into space perhaps India’s first private satellite, the hyperspectral imager Shakuntala. The satellite, aimed at commercial service of soil quality and crop infestation, to name a few, was launched into space on a SpaceX rocket.

“With our large talent pool, growing prowess of homegrown technology startups and private enterprises, India is at an inflection point of what will be a giant leap in the space arena,” Indian industry doyen and Airtel owner Sunil Bharti Mittal had said recently. Mittal should know — he has tied up with the British government for OneWeb, an ambitious venture to beam the internet directly from space. OneWeb made headlines on the eve of Diwali when it launched a constellation of 36 satellites with the help of ISRO.

India’s space sector is on a high, literally and figuratively, and by all accounts, the Modi government’s move to open up the government-controlled sector to private entrepreneurship seems to be paying big dividends. According to one estimate, the sector has already attracted more than 1,800 crore rupees in funding in the short time since the government decisions as part of Atmanirbhar Bharat, after Covid struck.

India’s space economy was worth more than 36,000 crore rupees last year, according to researchers at Thiruvananthapuram’s Indian Institute of Space Science and Technology.

The government had also constituted IN-SPACe as the single window agency to promote the space programme. “With the efforts of IN-SPACe, the private space ecosystem is growing in the right direction and also gets access to state-of-art technologies to make and test world-class products inside the country. Thus, directly contributing to the Make in India and Atmanirbhar Bharat initiatives,” said Agnikul co-founder & COO Moin SPM.