The country has a relatively low burden of the disease 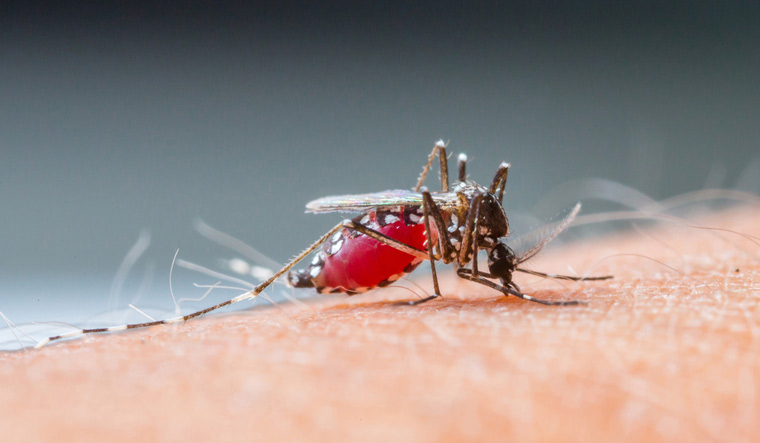 Most South Africans aren't worried about malaria even though the disease is endemic in the country. Four of the country's nine provinces carry malaria risk while 10 percent of the population is at risk of contracting malaria.

The lack of concern can be attributed to the fact that the country has a relatively low burden of the disease. In 2020, South Africa had 8,126 cases and 38 deaths. This is low when compared to the estimated 10,007,802 cases and 23,766 deaths in Mozambique during the same period.

The low number of cases means that South Africa is a candidate for malaria elimination. To reach this goal the country would need to record no new infections for three years. This goal has recently been achieved by China and El Salvador in 2021, and Argentina and Algeria in 2019.

The region in South Africa most likely to achieve this status is KwaZulu-Natal where the incidence rate is very low. But there are threats to achieving the goal.

In a recent paper we set out our findings on malaria in northern Kwa-Zulu Natal. We found that certain species of malaria-carrying mosquitoes showed resistance to insecticides. Though the resistance levels are low, they nevertheless point to a potentially worrying trend.

This is not the first time that insecticide resistance has been reported in the province. Monitoring resistance is important because it gives an early warning sign of coming danger. The loss of insecticide efficacy can be a major blow to malaria control efforts.

Levels of malaria incidence can change very quickly. This was the case during a epidemic between 1996-2000 which was caused by a combination of insecticide resistance and anti-malarial drug resistance.

Insecticide resistance is a growing threat to malaria control efforts globally. In South Africa, indoor residual spraying is the cornerstone of the malaria elimination efforts. Hence, it is important to keep a close eye on vector mosquito populations in affected areas.

A concerted effort on the part of the government ensured that malaria infection rates were brought down again. Our research suggests there needs to be extra vigilance to ensure there isn't another spike.

Our research was done as part of ongoing malaria surveillance in the country. Malaria surveillance is essential for provincial control and elimination programmes. These surveillance activities include collecting mosquitoes, identifying them and testing their sensitivity to insecticides. The aim is to provide important information on vector mosquito populations in affected areas, such as their feeding, breeding and resting behaviours and their susceptibilities to insecticide.

In our paper we looked at Anopheles with special emphasis on Anopheles arabiensis, which is the primary vector of malaria in the northern Kwa-Zulu Natal.

We collected Anopheles specimens from Mamfene, Jozini, northern KwaZulu-Natal between November 2019 and April 2021. We conducted standard insecticide susceptibility tests. These showed resistance to DDT, permethrin, deltamethrin, and bendiocarb, as well as full susceptibility to pirimiphos-methyl. These are classes of insecticides that are approved for indoor residual spraying.

The levels of resistance we detected are still low, with an average survival rate of 12%. But they're nevertheless concerning.

If insecticide resistance becomes widespread it can result in operational failure. This would mean that the current insecticide-based mosquito control strategies would not be effective. This, in turn, can lead to mosquito numbers growing as parasite densities increase.

It is, therefore, essential that control is maintained and strengthened by adopting suitable strategies to prevent the development of insecticide resistance.

South Africa is aware of the problem, which is why it has adopted malaria control programmes that use at least two different insecticides in a mosaic spraying pattern. This approach has proved highly successful. This is like using a multi-drug approach to combat resistance in bacteria and viruses. It will slow down the development of insecticide resistance compared to using a single insecticide.

No time for complacency

South Africa's low number of cases mean that the country is a candidate for malaria elimination. But this is not the time for complacency. The spike in malaria cases in South Africa in 2017 shows how quickly the progress can be undone.

Various countries have relegated malaria to history. China is the latest country to achieve this, which is significant due to the size of its population and geographical area.

South Africa could join this list, with KwaZulu-Natal province at the forefront of the charge towards elimination. Yet, the province is also a reminder of what could happen if the country lets its guard down.

Malaria is a dynamic disease, and mosquitoes do not respect borders. The epidemics of 1996-2000 and the spike in cases in 2017 should be a stark warning of what can happen, especially if complacency steps in.