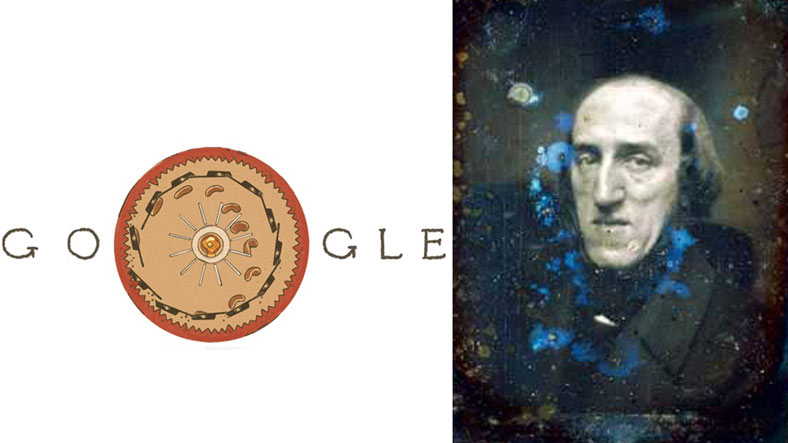 Google on Monday honoured Belgian physicist Joseph Antoine Ferdinand Plateau, who invented the ‘phenakistoscope’―the first device to give the illusion of a moving image, with a special doodle on his 218th birth anniversary.

The doodle shows the device phenakistiscope, which is known to have led to the birth of cinema by creating the illusion of a moving image. The device has two discs, one with small equidistant radial windows for the viewer to look, and another containing a sequence of images. When both disks rotated in opposite directions at the right speed, the synchronisation of the windows and the images appeared to merge and created an animated effect.

“Inspired by the mesmerizing animated discs, the animated Doodle art was made to reflect Plateau's style, with different imagery and themes in them on different device platforms,” reads the description of the Google doodle.

The Belgian scientist, who was said to be child prodigy, was fascinated by physics from an early age, and pursued the study of physiological optics, particularly the effect of light and color on the human retina. In his study of the luminous impressions on the retina, Plateau performed an experiment in which he stared at the sun for 25 seconds. Plateau lost his vision later in life, attributing the loss to his experiments, but continued working as a professor of experimental physics at Ghent University.