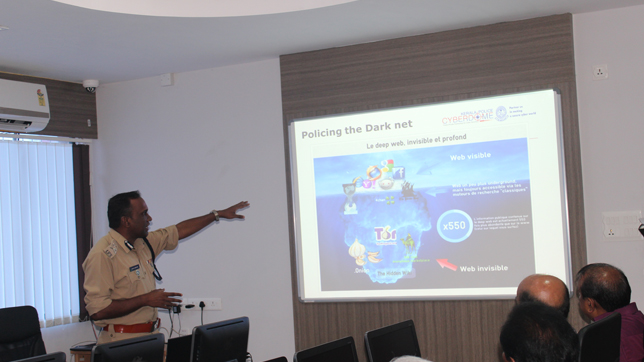 With the landscape of cyber security constantly changing, police need to stay current on all trends to fight criminals

From inducting India's first humanoid robot cop to planning country's first human-less police station by next year, Kerala Police has always been at the forefront of introducing latest technology to keep pace with society and its criminal underbelly. And, of course, it is also wide awake to the fact that any scientific leap comes with its share of challenges. While being fastidious in experimenting with the emerging technologies, the state police force has also become a paragon for the rest of the country in its campaign against the new-age threats, especially in the cyberspace.

An international conference recently held in Kochi on cyber security, data privacy and hacking has cast some lights on these newfangled risks. The annual event, titled CoCon, was organised by the state police in association with POLCYB (The Society for the Policing of Cyberspace, Canada), and ISRA, a registered non-profit organisation. The event generated a lot of attention as it comes at a time when internet-enabled crimes and cyber intrusions are becoming increasingly sophisticated, leaving the law enforcement agencies across the globe jittery.

With the landscape of cyber security constantly changing, police need to stay current on all trends to fight criminals. Additional Director General of Police Manoj Abraham rightly put it: “We cannot lag behind.” The aim of the conference was to introduce the state-of-the-art technologies and deliberate on how they can be brought into policing, he told THE WEEK in a telephonic interview. “We should run along with or ahead of the changes in technology.”

However, the ADGP admitted police alone can't meet the latest challenges in cyberspace and there should be a tie-up with external technical hands like the IT sector. Public-private partnership is the new mantra in cyber crime investigations, and by roping in private agencies, police can make the best use of the up-to-the-minute technology to keep itself ahead of crimes.

Cyberdome, the technological research and development centre of Kerala Police, was born out of this idea. “Cyberdome is a coordination centre where their (external agency's) technical expertise and our force can be used together to prevent crimes through the development of a cyber threat resilient ecosystem,” Abraham, who is the nodal officer of the wing, said. The centre also coordinates among government departments and agencies, research groups and private organisations. 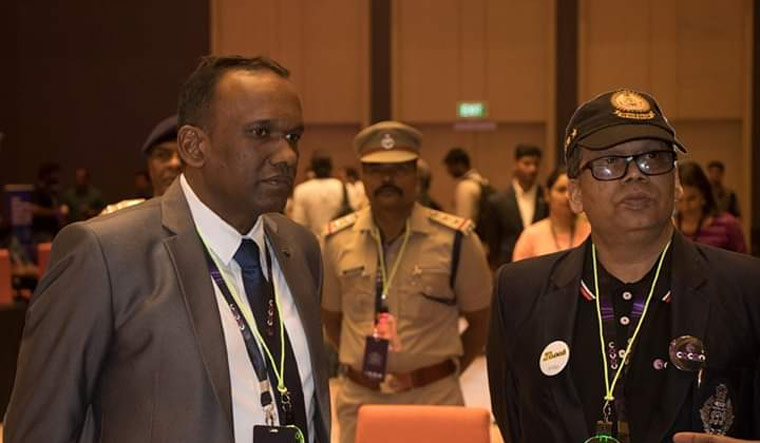 The Kochi event was mainly focused on Darknet, the underworld in cyberspace, which has lately become a major haven for drug dealers, arms traffickers, and child pornography collectors. “It is very difficult to detect the crimes as there is no geographical boundaries. The parcel, which the police cannot examine, will come directly to your doorstep via courier. Anybody can buy anything illegal,” Abraham said.

The Darknet is the underworld of the internet with a global spread and total anonymity, which is quite difficult to crack.

According to a report by foreign policy think-tank Gateway House: Indian Council on Global Relations, there is a four-fold increase in losses from illegal trade in the Darknet from $4.2 Bn in 2014 to around $15 Bn this year.

So, what is the solution? Abraham said the police are trying to keep a close watch on Kerala-specific addresses being entered and prevent it from getting processed further. Three suspected cases of drug deals have already been reported in Kerala. Animal trafficking, sale of idols and debit card details are some of the other items suspected to be traded on the Darknet from Kerala.

The state police has already established a specialised Darknet lab. Four officers have been trained as Darknet analysts to monitor these activities. Suggestions were raised in the CoCon meet that Artificial Intelligence be used to tackle the crimes taking place on Darknet.

Kerala witnesses a 10-15 per cent increase in cyber crimes every year. Women and children are particularly vulnerable to such crimes even as the state boasts of having India's first cyber security team dedicated to investigations into child exploitation. “Child pornography is a major problem in Kerala. We are planning to set up a 24x7 cell. The Interpol and US-based International Centre for Missing & Exploited Children (ICMEC) have provided us with the software and training. Using that software, it is easy to find out who uploads or downloads (pornographic content) from the state,” the ADGP said.

At present, Artificial Intelligence (AI) is the most compelling technology which the state police force is keen to cash in on. “Using Artificial Intelligence, the number of people at a particular place can be counted from the very camera images,” Abraham said. This headway is expected to help the force in places of large religious congregation like Sabarimala or Attukal temple.

The state police is also exploring the possibilities of AR/VR technology and blockchain. While the former helps its personnel effectively deal with a high-pressure situation, the latter is used to decentralise the network and improve trust. The cryptography used in blockchain makes bitcoin transactions secure and safer as the data cannot be tampered with or changed.

Another major focus of the state police, the ADGP said, is drone technology, which can be effectively used in disaster management.

Earlier this year, Kerala Police and Dubai police had decided to cooperate in cyber intelligence, artificial intelligence and cyber crime software development. A team from Dubai had come to the state to study the working of the cyberdome and start a similar centre in Dubai.