How will Chandrayaan 2 launch work? A sneak peek 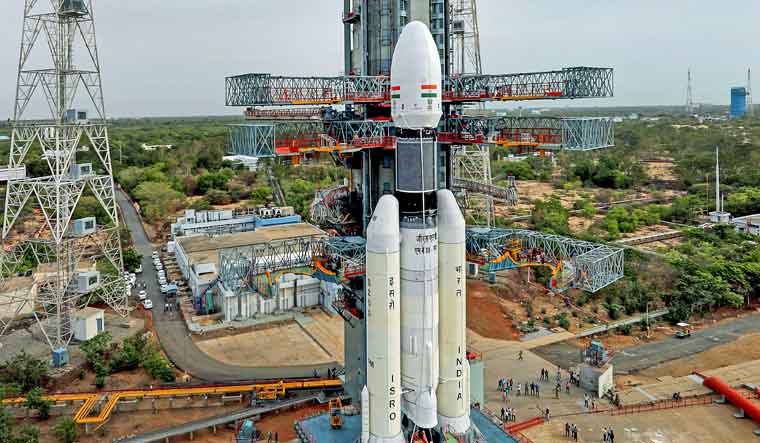 The GSLV Mk 3 is seen at the second launch pad ahead of the launch of Chandrayaan-2, in Sriharikota | PTI

With just hours left for the Chandrayaan 2 to set off on its voyage, here is a quick look at what the take-off will be like.

973.70 seconds after ignition, the rocket will already have reached a height of 181.616km, and Chandrayaan 2 will separate from its rocket.

The probe will remain in its earth bound phase till Day 17, after which it will leave the influence of the earth to go onto its Trans Lunar injection phase.

On Day 22, the probe will get into the Lunar orbit insertion. This means it will begin orbiting around the moon and come under the influence of the moon's gravity.

For the next 22 days, the probe will continue to orbit around the moon.

On Day 50, the lander, with the rover in its belly, will separate from the orbiter and slowly reduce its speed.

On Day 54, the Powered Descent will begin, ushering in the most anxious moments of the mission, and ending with a hopefully perfect touch down on the moon's surface.

Then, the rover will roll out and get into work exploring the new world.

The lander 'Vikram' and rover 'Pragyan' have a life of one lunar day or 14 earth days. They will be mostly powered by solar energy and when the moon night starts, their mission life will fizzle out.

The orbiter, revolving in an orbit of 100km x 100km around the moon, will have a planned life of one solar year.