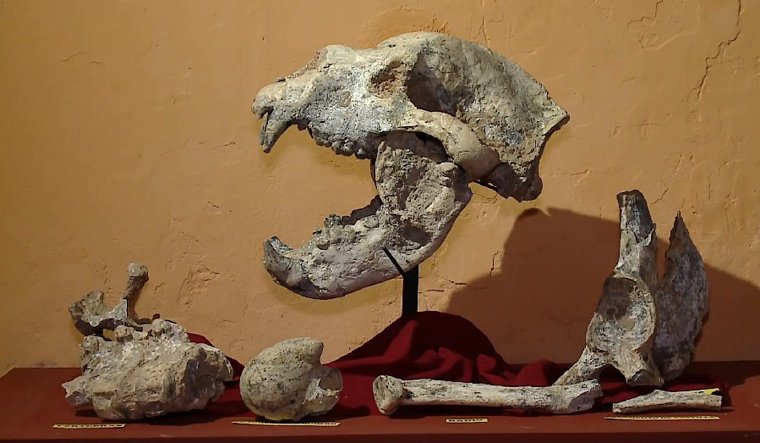 The bear belonged to the Arctotherium angustidens species

The fossil of a 700,000-year-old giant bear was discovered by a team of paleontologists in the Argentinian town of San Pedro, north of Buenos Aires, as shown on footage from Tuesday.

The remains of what is said to be the most powerful carnivore of Argentina's Quaternary period were discovered by a team of San Pedro's Paleontological Museum, during a routine mineral extraction tour.

According to the museum's Paleontology director, Jose Luis Aguilar, the bear was of the Arctotherium angustidens species and it would have had a body mass of about 800 kg (1873 lbs). “Of all bears, prehistoric and current, the Arctotherius was the most carnivorous of all,” Aguilar said.

The team was surprised by the high state of preservation of the remains. “The most amazing thing is the state of conservation with which the skull of the complete animal was found, that is to say, skull, jaw, all its dentition,” said Aguilar.