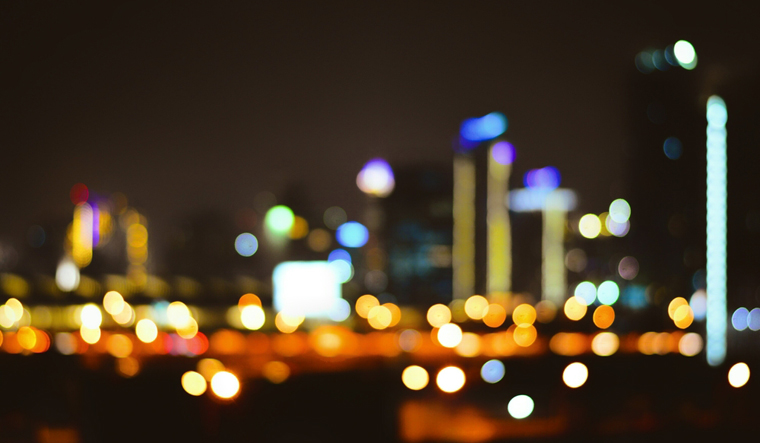 MIT researchers have invented a novel method to store renewable energy, such as solar and wind power, and deliver that energy back into an electric grid on demand.

The new design called 'sun in a box' has potential to power a small city not just when the sun is up or the wind is high, but around the clock. The researchers estimate that a single storage system could enable a small city of about 100,000 homes to be powered entirely by renewable energy. It can also be sited anywhere, regardless of a location’s landscape.

The system stores heat generated by excess electricity from solar or wind power in large tanks of white-hot molten silicon, and then converts the light from the glowing metal back into electricity when it’s needed.

The study, published in the journal Energy and Environmental Science, estimates that the system would cost about half as much as pumped hydroelectric storage—the cheapest form of grid-scale energy storage to date. It would be vastly more affordable than lithium-ion batteries, which have been proposed as a viable, though expensive, method to store renewable energy.

The new storage system stems from a project in which the researchers looked for ways to increase the efficiency of a form of renewable energy known as concentrated solar power. Unlike conventional solar plants that use solar panels to convert light directly into electricity, concentrated solar power requires vast fields of huge mirrors that concentrate sunlight onto a central tower, where the light is converted into heat that is eventually turned into electricity.

The researchers have outlined their concept for a new renewable energy storage system, which they call TEGS-MPV, for Thermal Energy Grid Storage-Multi-Junction Photovoltaics. Instead of using fields of mirrors and a central tower to concentrate heat, they propose converting electricity generated by any renewable source, such as sunlight or wind, into thermal energy, via joule heating—a process by which an electric current passes through a heating element.

“Even if we wanted to run the grid on renewables right now we couldn’t, because you’d need fossil-fueled turbines to make up for the fact that the renewable supply cannot be dispatched on demand,” says Asegun Henry, the Robert N. Noyce Career Development Associate Professor in the Department of Mechanical Engineering. “We’re developing a new technology that, if successful, would solve this most important and critical problem in energy and climate change, namely, the storage problem.”