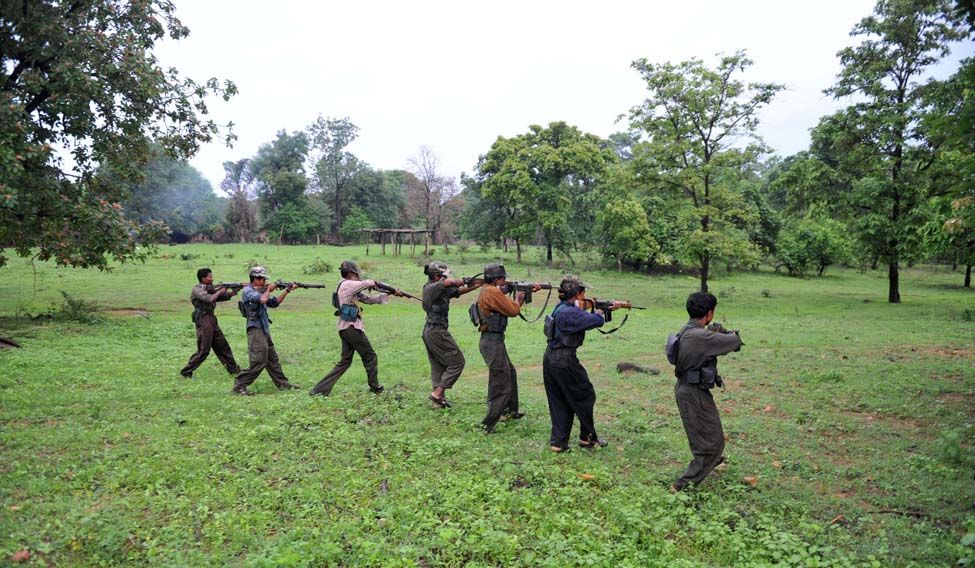 The banned CPI (Maoist) has come out with a retirement scheme for its aged and physically unfit leaders in a bid to relieve them of underground activities and also revamp the organisation.

The Maoists' central leadership had taken the decision earlier this year and the overhauling process has started.

A three-page resolution and circular, adopted by the CPI (Maoist) central committee, which was distributed among the organisation, state that those leaders who are unable to do justice to their respective responsibilities should be relieved from their respective committees and given work according to their capacity.

The circular, a copy of which is with media agencies, asked the leaders to utilise the valuable experience of these aged cadres through mass organisations, forums, and various other methods.

"We have to make such decisions in view of the interests of the movement and with the acceptance of the respective veteran comrades," the circular said.

According to CPI (Maoist), apart from overhauling the organisation, the issue of retiring veterans arose due to the need for protecting them, especially in areas where central and state forces may target them.

The services of these veterans can then be used to build up a movement in areas where there is a need.

Although most of the top brass of CPI (Maoist) are above 60, the circular, however, does not mention any cut-off age for veterans likely to be relieved.

Sonu, in-charge of the Maoist headquarters of Dandakaranya, is 60 years old so is Sonuand Anand, who heads the central regional bureau.

According to a senior officer of West Bengal Police who has closely monitored the Maoist insurgency in the state from 2008-2011 till the death of Kishenji in November 2011, this is not a new trend and has been witnessed in the past during the Naxalite movement in the late 1960-70s.

"Those who were active in the 70s worked as overground activist for Maoists in 2008-2011. They organised meetings, seminars in support of Maoists," the officer told mediapersons.

He pointed out that most of the underground Maoist leaders and cadres don't have any cases against them as their identity is not known.

"Only a limited percentage of the Maoist leaders and cadres have cases against them. So those who don't have cases can try to use this offer by the Maoists to work overground, he said.

Your form could not be submitted.
This browser settings will not support to add bookmarks programmatically. Please press Ctrl+D or change settings to bookmark this page.
Topics : #Maoists | #naxals | #West Bengal | #Chhattisgarh | #Jharkhand