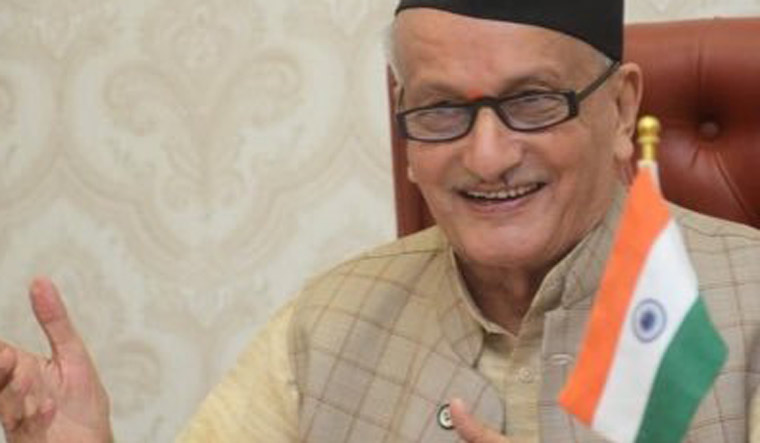 BJP MP and 13th descendant of 17th century Maratha king Chatrapati Shivaji Maharaj, Udayan Raje Bhonsle, on Monday announced his decision to launch an agitation, demanding action against Maharashtra Governor B.S. Koshyari whose alleged remarks against Shivaji, calling him a hero of the past and bygone era, are being seen as an insult to the warrior Maratha king.

The BJP MP had also launched a scathing attack on BJP leader Sudhanshu Trivedi for making a controversial claim that Shivaji had written five letters to Mughal emperor Aurangzeb. Trivedi made these remarks in the context of V.D. Savarkar's mercy petitions.

During a recent event, Koshyari had said Shivaji was an icon in the bygone era and modern-day icons are leaders like Nitin Gadkari. The remarks caused much furore in the state and the governor came under severe criticism. Leading the attack on the governor were descendants of Shivaji, Udayan Raje Bhonsle of Satara and Sambhaji Raje Chhatrapati of Kolhapur.

While Bhonsle is a BJP MP in Rajya Sabha, Sambhaji Raje Chhatrapati was also a member of Rajya sabha from the president-nominated quota.

Not just the descendants of Shivaji, but the entire opposition in Maharashtra, including MVA partners Shiv Sena, NCP and the Congress, demanded an apology from the governor. " This person has crossed the limit," said NCP's Sharad Pawar at a recent media briefing while commenting on the issue.

Bhonsle, on Monday, announced that he will launch 'Aakrosh ' agitation on December 3 at Raigad as a mark of protest against the Governor and BJP leader Sudhanshu Trivedi.