Claims Pilot's 2020 revolt against Congress was funded by BJP 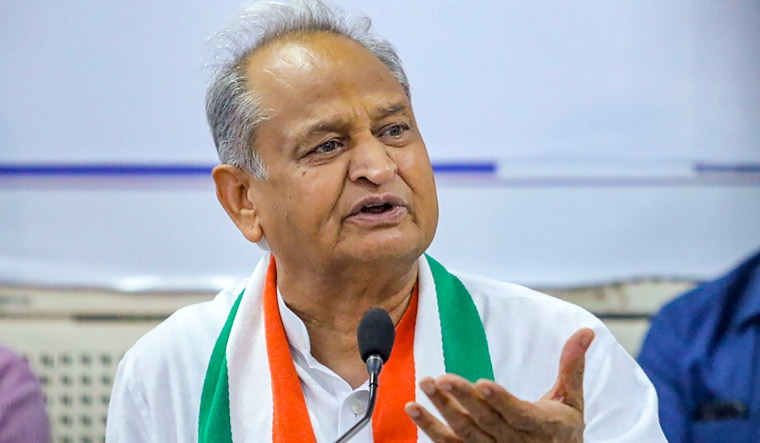 In what comes as his biggest attack on Congress leader Sachin Pilot, Rajasthan Chief Minister Ashok Gehlot, on Thursday, reacted to the demand from a section of party leaders to appoint Pilot as chief minister saying a traitor cannot be the CM.

A few days ago, Congress leaders Hemaram Chaudhary and Suchitra Arya sought the appointment of Pilot as chief minister.

In an interview to NDTV, the Rajasthan chief minister said the party high cannot appoint Pilot, who does not even have the support of 10 MLAs and who revolted against the party, as the chief minister. He accused Pilot of betraying the Congress.

On the 2020 revolt of Pilot against the party leadership, Gehlot said, "It must be a first for India that a party president tried to bring down his own government," and alleged that the revolt was funded by the BJP.

Earlier, demanding that Pilot be made the CM, Chaudhary had said Pilot played an important role in reviving the Congress in Rajasthan and pointed out that doesn't hold any post now despite the hard work he put in. "He should be given a responsibility. The party high command has to decide what responsibility should be given to him."

The demand comes even as the Rahul Gandhi-led Bharat Jodo Yatra, which began from Kanyakumari, is set to enter Rajasthan around December 3.