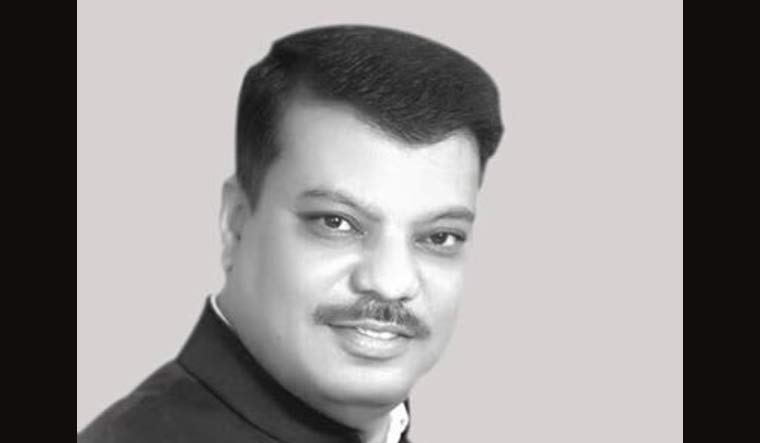 Madhya Pradesh ex-minister and Congress national secretary in-charge of Gujarat Umang Singhar has been booked for rape and unnatural sexual offence among other charges by the Dhar police on the complaint of his wife.

The development came on the day Rahul Gandhi addressed his first poll meeting in Gujarat on Monday and the Madhya Pradesh BJP highlighted the fact that Singhar was Gujarat co-in-charge for the party.

After Home Minister Narottam Mishra confirmed the registration of FIR against the ex-minister and the BJP state president Vishnu Dutt Sharma demanded his immediate arrest, Singhar released a video calling the development a ‘political conspiracy’ and said that he would put forth his side in the court and had full faith in Indian justice system.

Singhar, a nephew of former leader of opposition Jamuna Devi, is considered a prominent young tribal face of the Congress in Madhya Pradesh and at one time was in reckoning for the post of state Congress chief. He is also considered close to the Gandhi family.

The FIR was lodged by Naugaon police in Dhar after a complaint made by the 38-year-old woman in Jabalpur was transferred. Singhar married the woman in April this year.

Superintendent of police of Dhar, Aaditya Pratap Singh confirmed to THE WEEK that a case under Indian Penal Code Sections 294 (obscene act), 323 (voluntarily causing hurt), 376 (2) (rape on promise of marriage), 377 (unnatural offences), 498 (A) (cruelty by husband) and 506 (criminal intimidation) has been filed.

He said that police teams have been sent out to Singhar’s residences at Dhar town, Gandhwani (his constituency) in the district and Bhopal on lookout for the accused.

Later in the day, Singhar released a video from an undisclosed location saying that he could not understand why such political conspiracies were hatched. “I would ask the political leaders involved not to indulge in such dirty politics. I have stood with my people, have worked sincerely in Gandhwani and would continue to do so,” he said.

The ex-minister further said that the accusations made by the woman (his wife) were a private family matter. “But what the intentions are behind such accusations, only she could tell. When someone hurls such accusations at a family member, it hurts. I respect her, but the way she mentally and financially tortured me, I had submitted a complaint to the police in his regard, but no action was taken. I have been facing the torture for the past five-six months and my situation became such that I thought if I should I die by suicide. But there was choice between serving my people and suicide and I chose service to people. I will demand justice for the false accusations on me. Whenever the matter reaches the court, I will put forth my side. I believe in the judicial system of India.”

Singhar had submitted a complaint against his wife at Naugaon Police station on November 2. The SP, Aaditya Pratap Singh, told the media that no such complaint was available at the police station, but this aspect was being looked into.

Meanwhile, BJP state president Sharma said that this was not the first criminal charge against Singhar but there was a long list. “People like him are co-in-charge of Congress in Gujarat. Just imagine what would happen (of Congress) in Gujarat. The party is in the habit of doing injustice to people. The entire Congress organization, Kamal Nath (state Congress chief) and Rahul Gandhi (Congress ex-president) too should give answers in this matter. This is an unfortunate situation and Singhar should be immediately arrested and sent to jail,” he said.