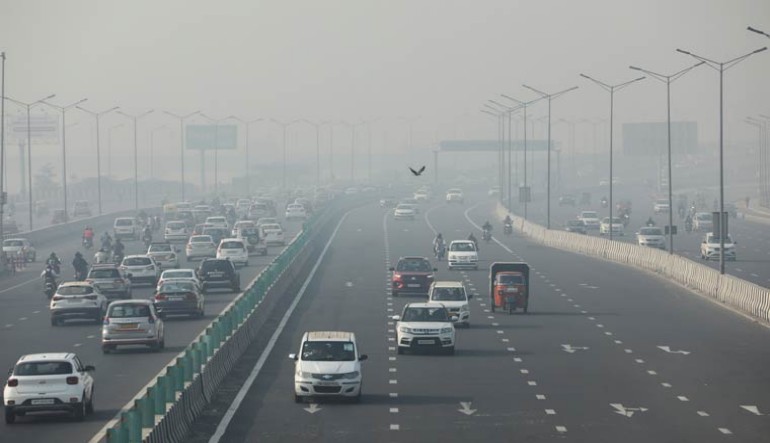 Delhi's blanket of smog has intensified with AQI shooting up to 'severe' in many regions. Even as some deterioration was expected after Diwali festivities, Delhiites' struggle for clean air continues, with the affluent plugging in air filters, while the lesser fortunate breathe in foul air.

The air quality seems to be deteriorating faster in many areas. Though the overall AQI for Delhi remained 309 (very poor) on Saturday morning, many places have recorded an index above 400.

The monitoring station at Anand Vihar recorded an air index value of 492 (severe) at 9 am on Saturday.

Pollution levels have gone up in Delhi since October 23 with a drop in temperature. The residents in Delhi are having a hard time coping with health issues. The morning joggers and cyclists have started complaining of breathing difficulties and irritation to the eyes.

Meanwhile, on Friday, the centre panel issued closure orders to 24 industrial units in the NCR for violating air pollution norms and guidelines.

The experts have alerted that the air quality would deteriorate further after Diwali celebrations. A 15-point Winter Action Plan in order to reduce the pollution owing to stubble burning has been started in Delhi.

Earlier Environment Minister Gopal Rai said that in the wake of the rising pollution in the city, the Delhi government will launch a 'Red Light on Gaadi off' from October 28 to curb the pollution from vehicles.

With the air quality turning poor, the Commission for Air Quality Management had asked the agencies to strictly implement the measures under Stage 1 of the Graded Response Action Plan (GRAP).

GRAP recommends strict action against industrial and household waste burning. Also, restrictions are imposed on the usage of fuel, diesel generators, and public-private transport too.

According to GRAP norms, if the air quality turns 'severe' overall, all the construction activities in the NCR except for essential projects will be halted.