Shinde alleged the PFI was planning “something serious” in Maharashtra 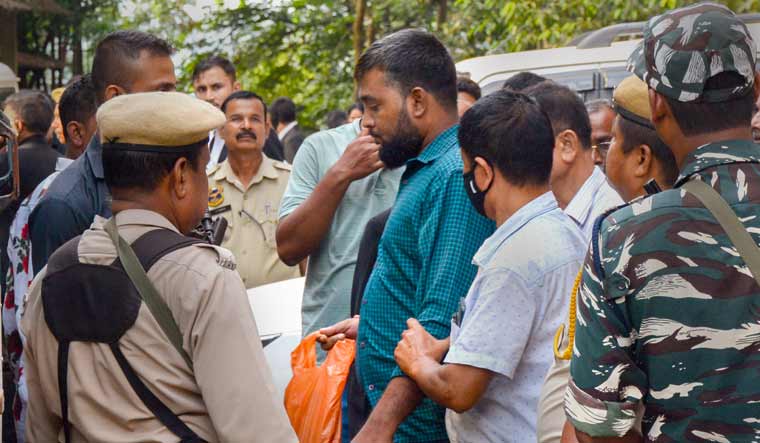 After the government announced a five-year ban on the Popular Front of India (PFI) for its alleged terror activities, chief ministers of Assam, Maharashtra and Karnataka welcomed the move.

The action comes days after a nationwide crackdown on the organisation, leading to arrest of over 100 activists in several states.

Karnataka Chief Minister Basavarj Bommai said the decision sends a message to all “anti-national groups” that they will not survive in the country. The PFI was involved in all sorts of anti-social activities and time had come to ban this organisation, Bommai added. He said: "With a lot of background work, information, and cases, the Government of India under the leadership of Prime Minister Narendra Modi and Home Minister Amit Shah has taken the right decision,”

India of “Modi era” is decisive and bold, said Assam Chief Minister Himanta Biswa Sarma. "The government is firm in its resolve to ensure that anyone with a diabolical, divisive, or disruptive design against India shall be dealt with iron fist, the chief minister wrote on Twitter.

Welcoming the Centre's decision, Maharashtra Chief Minister Eknath Shinde alleged the PFI was planning “something serious” in the state. The organisation members had also tried to disturb peace in Pune, but swift police action foiled their bid, Shinde told reporters in Nashik and thanked Union Home Minister Amit Shah for the step to ban PFI and its several associates.

In Kerala, where the PFI had called for a dawn-to-dusk hartal, following the arrest of its leaders, opposition Congress and its coalition partner Indian Union Muslim League (IUML) welcomed the ban. The hartal had turned violent, with protesters vandalising public transport buses, and shops and threatening the public.

Senior Congress leader Ramesh Chennithala said that the RSS should also be banned. "In Kerala, both majority communalism and minority communalism should be equally opposed. Both the outfits have flared up communal hatred and thus tried to create division in the society," he said.