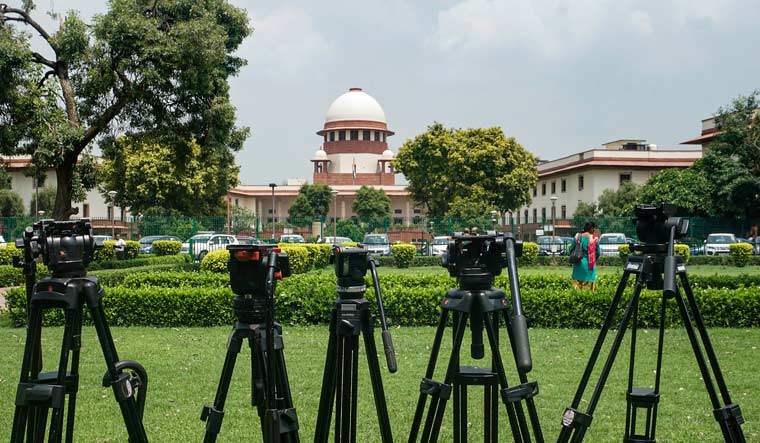 The Supreme Court on Friday agreed to list after Dussehra vacation the pleas challenging the Centre's decision to abrogate provisions of Article 370 which had given special status to Jammu and Kashmir.

A bench comprising Chief Justice Uday Umesh Lalit and justices Indira Banerjee and S.Ravindra Bhat took note of the submissions of a counsel that the pleas were assured to be listed after the summer vacation but they could not be listed. “We will certainly list that," the CJI said.

On April 25 this year, a bench headed by the then CJI N.V.Ramana, since retired, had agreed to consider listing after the summer vacation the pleas challenging the Centre's decision to abrogate provisions of Article 370.

The pleas were then mentioned by interveners Radha Kumar,academic and author and Kapil Kak, retired officer of the Indian Air Force. The apex court will have to re-constitute a five-judge bench to hear the pleas after Dussehra vacation as the ex-CJI Ramana and Justice R Subhash Reddy, who were part of the five judge bench which had heard the pleas, have retired.

Besides the two former judges, Justices Sanjay Kishan Kaul, B.R.Gavai and Surya Kant were part of the bench which, on March 2, 2020, had declined to refer to a larger seven-judge bench the batch of petitions challenging the constitutional validity of the Centre's decision to abrogate provisions of Article 370 on August 5, 2019.

Several petitions challenging the Centre's decision to abrogate provisions of Article 370 and the Jammu and Kashmir Reorganisation Act, 2019, which split J-K into two Union Territories Jammu and Kashmir, and Ladakh were referred to a Constitution Bench headed by Justice Ramana in 2019 by the then CJI Ranjan Gogoi.

By abrogating Article 370, the Central government had revoked the special status of Jammu and Kashmir.

Disagreeing with the petitioners, the bench had said it was of the opinion that there is no conflict between the judgments.