Our endeavour towards environment and wildlife conservation, PM says 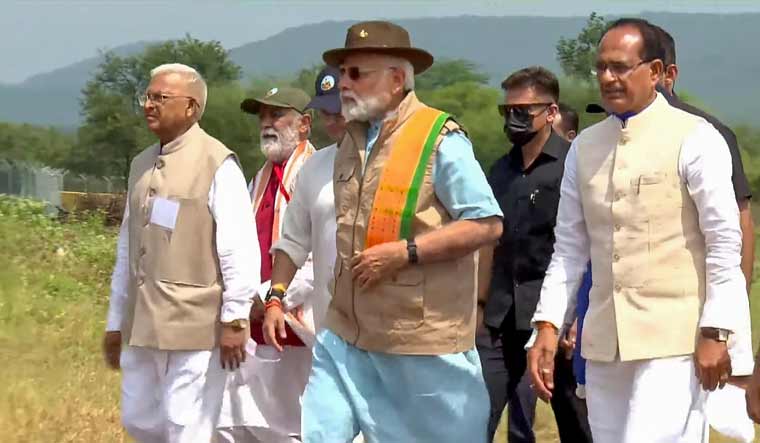 Eight cheetahs, flown in from Nambia, were released into a special enclosure at the Madhya Pradesh's Kuno National Park on Saturday. Prime Minister Modi, who is celebrating his 72nd birthday, released the cheetahs and also clicked a few pictures of them.

Modi, in an address to the nation following the release of cheetahs, said: "Project Cheetah is our endeavour towards environment and wildlife conservation." He also appealed for patience from the public before visiting the cheetahs. “These Cheetahs have come as guests, unaware of this area. For them to be able to make Kuno National Park their home, we'll have to give these Cheetahs a few months' time,” he said.

Modi also thanked the government of Namibia for help in programme to reintroduce cheetahs to India.