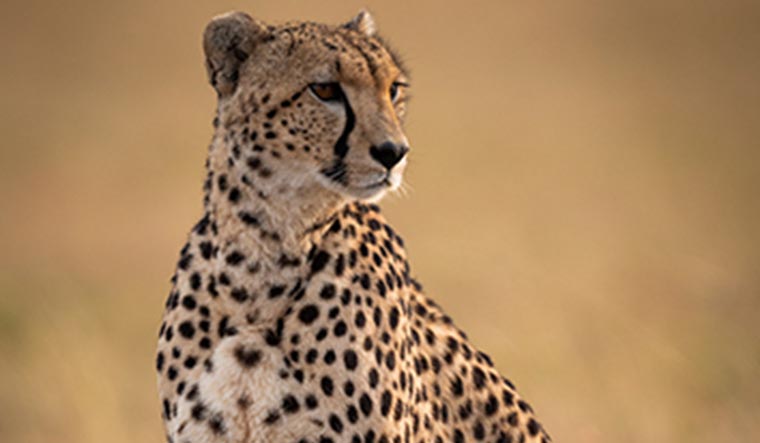 On September 15, the 'Special Bird', a modified passenger B747 Jumbo Jet painted with the face of a tiger, landed in the Namibian capital of Windhoek to ferry back eight special guests— five female and three male Namibian cheetahs.

On arrival, the wild cats, between two years and five years, will be released into the Kuno National Park in Madhya Pradesh by Prime Minister Narendra Modi on September 17. Interestingly, the day also happens to be his birthday.

#WATCH | First look of Cheetahs that will be brought from Namibia to India on 17th September at KUNO National Park, in Madhya Pradesh pic.twitter.com/HOjexYWtE6

The arrival of the animals, in possibly the world's largest intercontinental translocation project, is expected to revive the population of Asiatic cheetahs in India, declared extinct domestically in 1952.

The project is being overseen by Cheetah Conservation Fund (CCF) founder and executive director Dr Laurie Marker, who has been an advisor to the Indian government on the cheetah relocation project over the past 12 years. Marker, like the government, hopes the animals would be able to deal with Indian climate conditions as the cats are easily adaptable.

"In the parts of Africa where cheetahs are found, the temperatures can vary between very, very hot in the day to cold at night, and cheetahs can adapt to the seasonal shifts. They also contend with extreme rain and wet seasons in Africa, much like in India,” Marker told The Indian Express, adding that Kuno provides an appropriate landscape for the animal.

The translocation follows a pact India signed with Namibia in July for the re-introduction of cheetahs. However, the efforts to re-introduce the animals to the habitat happened much earlier, precisely in the 1970s, two decades after the last of three Cheetahs were wiped off by Maharaja Ramanuj Pratap Singh Deo of Korea, Madhya Pradesh.

Of the three male cheetahs, two are siblings and have been living on the CCF's 58,000-hectare private reserve near Otjiwarongo, Namibia, since at least July 2021. They were chosen after assessing their health, disposition, hunting skills, and ability to contribute genetics for a strong founder population. The third male is from the Erindi Private Game Reserve, a protected wildlife and ecological reserve in central Namibia, in March 2018.

As for the females, one was found with her brother at a waterhole in a southeastern Namibian city while another was captured in a trap cage by a Namibian businessman.

The third one was born at Erindi Private Game Reserve in April 2020 while the fourth female cheetah was found on a farm near Gobabis, Namibia, in late 2017 by some farm workers. The fifth cat was picked up by the CCF from a farm in the northwestern part of Namibia three years back. The fifth and fourth are best friends and are often found together in their enclosure.

All eight of them have been vaccinated, fitted with a satellite collar and kept in isolation at the CCF centre in Namibia. The cats will stay in the quarantine closure for 30 days before being released to a 6 sq km predator-proof facility.

The ultra-long jet will fly for 11 hours without a refuelling stop. The flight will touch down in Jaipur and will the cats will then travel by helicopter to Kuno park.

The jet cabin has been modified to allow cages to be secured in the main cabin of the aircraft. The vets will have full access to the cats during the flight. The animals will travel on empty stomach to avoid any complications during a long journey.

For the 40-minute ride to Kuno from Jaipur, the government had constructed a temporary helipad at the park. According to J S Chauhan, the principal chief conservator of the forest, the ride would depend on the type of aircraft deployed for the purpose. If a smaller aircraft is deployed, there will be two sorties to shift the felines from Jaipur to Kuno-Palpur, he added.

Plans are already afoot to reintroduce 50 cheetahs in India over the next five years. While the eight would come from Namibia, another 12 are getting ready to be translocated from South Africa. “The memorandum of agreement with South Africa is also in process. Both Namibia and South Africa have been very cooperative and their technical team is very good. We expect a very successful translocation,” an official, who did not want to be named, told Hindustan Times.