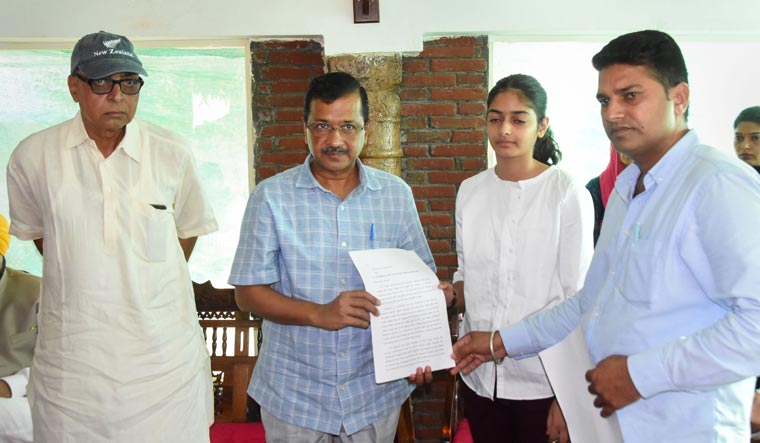 Delhi Chief Minister Arvind Kejriwal on Wednesday met family members of BJP leader Sonali Phogat and demanded that a CBI probe be ordered into her death.

Phogat had died in Goa last month and her death is being treated as a case of murder.

Kejriwal along with Punjab Chief Minister Bhagwant Mann went to the farmhouse of Phogat and expressed grief over the death.

Talking to the media, Kejriwal said the family members were not satisfied with the ongoing investigation.

He said they were feeling that somewhere an attempt is being made to save the culprits in this case.

The case be handed over to the CBI for an impartial probe, Kejriwal said, adding that various doubts are emerging in the probe.

Kejriwal said there is a BJP government in Goa and Haryana and it is not difficult to order a CBI inquiry.

The family members of Phogat have already been pressing for a CBI probe.

Phogat, 43, had died some hours after her arrival in Goa.

Phogat and her aides had partied at the Curlies restaurant in Goa on August 22 night.

Phogat, a former TikTok star and a contestant on the reality TV show "Bigg Boss", was brought dead to a hospital in North Goa district on August 23, a day after arrival in the coastal state.

Her two aides have been charged with murder by the Goa Police.

Phogat was administered methamphetamine, and some left-over drug was recovered from the restaurant's washroom, police had earlier.

The Haryana government had earlier written to the Goa government, requesting it to recommend a CBI probe.