Who will be the next West Bengal governor? 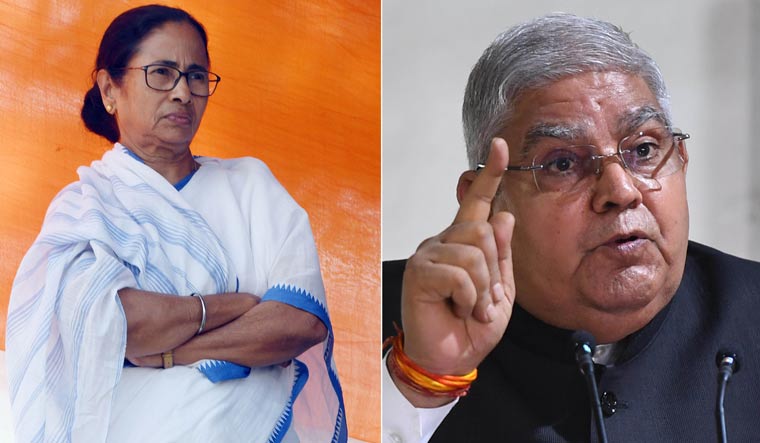 With former West Bengal governor Jagdeep Dhankhar almost certain to win the upcoming vice-presidential election, all eyes are on who will be the occupant of the Raj Bhavan.

Dhankhar had been extremely vocal in his criticism of the Mamata Banerjee government. He had submitted a detailed report on the state’s social, political and security issues to the Union government. His legal acumen impressed Prime Minister Narendra Modi, and the NDA decided to field Dhankhar as the vice-presidential candidate. He is now in Delhi meeting the MPs ahead of the polls.

Even as the PMO is considering the options for the governor’s post, CM Banerjee met Modi today at his residence. She has requested for a “friendly governor”, it is learnt, who would not publicly harass her government. The request assumes significance at a time when the state government is facing multiple cases of corruption.

But the BJP would want someone as tough as Dhankhar as the West Bengal governor.

The Left parties and the Congress are unlikely to press for any candidate, but Banerjee would like to have somebody like Keshari Nath Tripathi – the former Bengal governor - or La Ganesan, the Manipur governor who is in charge of West Bengal now.

The names of Mukhtar Abbas Naqvi and Arif Mohammed Khan and Ravi Shankar Prasad are also doing the rounds.

But BJP’s big bet is on Rakesh Asthana, the former Delhi police commissioner. He was the CBI additional director when the agency was probing the cases against the Mamata Banerjee government. He was also the chief of the BSF and hence, is well aware of the security issues at the state border.

Asthana retired on July 31, 2022, and has not taken up any posts or responsibilities yet. So, currently, he is top on the list of probable names for the post of West Bengal governor.