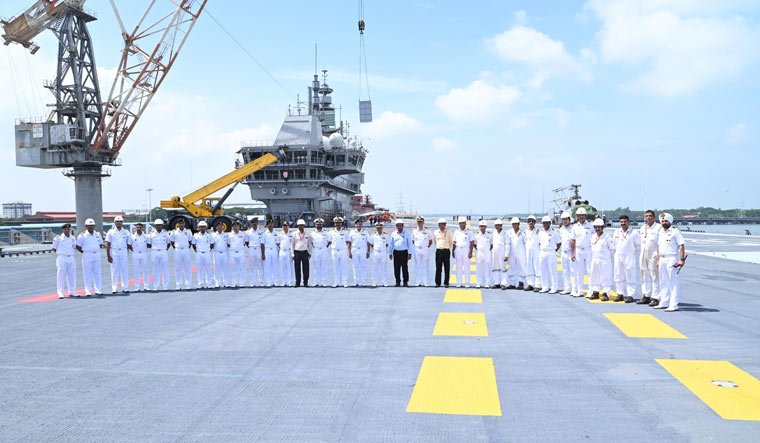 The Navy said indigenous Aircraft Carrier (IAC) ‘Vikrant’ was delivered to it after "extensive user acceptance trials," and called it a "momentous day in the Indian Maritime History."

Built at a cost of around Rs 20,000 crore, the warship is set to operate MiG-29K fighter jets, Kamov-31 helicopters and MH-60R multi-role helicopters. It has over 2,300 compartments, designed for a crew of around 1700 people, including specialised cabins to accommodate women officers.

The 262-metres long, 62-metres wide, 59-metres warship has a top speed of around 28 knots and a cruising speed of 18 knots with an endurance of about 7,500 nautical miles.

The CSL, in a press release, confirmed the delivery of the vessel which is the largest warship ever to be built in India having a deep displacement of close to 45,000 tonnes and is also considered as the most ambitious naval vessel project of the country.

Defence sources, who also confirmed delivery of the vessel to the Navy, told PTI that the official induction and commissioning of the IAC is likely to take place in August.