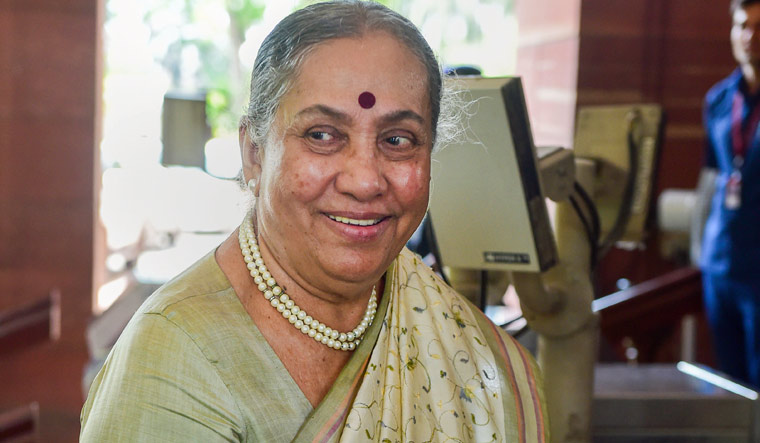 Opposition Vice Presidential candidate Margaret Alva has alleged that politicians' calls are being monitored by the 'Big Brother', in an apparent reference to the government.

"The fear that 'Big Brother' is always watching and listening permeates all conversations between politicians across party lines in 'new' India. MPs and leaders of parties carry multiple phones, frequently change numbers and talk in hushed whispers when they meet. Fear kills democracy," she said in a tweet.

Last night, she posted a tweet addressed to the two government-owned telecom companies. "Dear BSNL/ MTNL, After speaking to some friends in the BJP today, all calls to my mobile are being diverted and I'm unable to make or receive calls. If you restore the phone. I promise not to call any MP from the BJP, TMC or BJD tonight," she said.

Alva will be pitted against former West Bengal governor Jagadeep Dhankhar for the post of Vice-President. The Mamata Banerjee-led Trinamool Congress, which governs West Bengal, has announced it will abstain from the election.