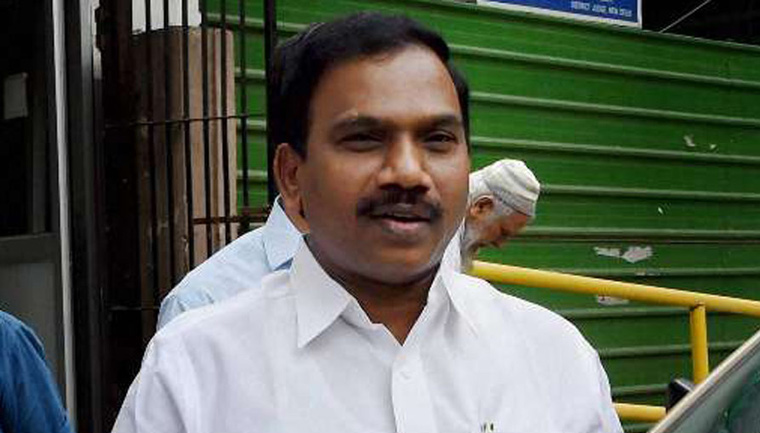 Former Union minister and DMK’s deputy general secretary A. Raja has sparked a controversy by asking the BJP not to nudge the grand old Dravidian party to revive the demand for a “separate Tamil Nadu” by denying state autonomy.

“I am telling (Home Minister) Amit Shah and Prime Minister Narendra Modi with utmost humility. I request you in the presence of my leader M.K. Stalin on the dais. Our chief minister is journeying in the path of Anna and our leader Kalaignar. Do not push us in the path of Periyar. Do not make us seek a separate country. Give us state autonomy. We will not rest till then,” Raja said while addressing a conference of the party’s local body representatives in Namakkal in the presence of Chief Minister M.K. Stalin on Sunday.

In a fiery speech addressing the party cadres and the local body representatives, Raja recalled how Tamil Nadu had always fought for state autonomy. With multiple references from pre and post-independence era, Raja pointed out how Periyar even three months before his death insisted for a separate Tamil Nadu and urged the youth to build an independent Tamil Nadu.

“Periyar was advocating for a separate Tamil Nadu till his death. He wrote three months before his death that 'Hindu religion would retain me as a Sudra as long as I remain a part of India. As long as my Tamil people remain part of India, they will not have appropriate representation, share in jobs, or prosperity',” Raja said.

Quoting Periyar and his ideologies, Raja insisted Modi and Shah not to push the Dravidian party to the Periyar route. “The prime minister claims that all Indian states are treated equally. Amit Shah believes that the Hindi language is critical to uniting India. Please don’t think I’m being arrogant because I’m part of the ruling party in Tamil Nadu, or because our chief minister is on stage here. Let me remind you that the DMK came to embrace the federal system for the unity and love for India by relinquishing the demand for a separate state,” Raja said.

The DMK leader's speech has sparked a controversy in Tamil Nadu, with the state unit of the BJP accusing the DMK of trying to propagate separatism. BJP state president K. Annamalai said: “The DMK believes they are entitled to plunder the state when in power and if questioned they will pull out their old trick of demanding state autonomy and propagating separatism. They better be reminded that this is not the 60s.”

Annamalai further said in a tweet that “Chief Minister Stalin who has fallen in popularity and failed in keeping up promises should invent a better excuse for not delivering instead of pushing their defunct propaganda.” He also said that it is not surprising that the pre-election rhetoric has begun this early, “given the obstacles DMK men face in their pursuit of richness through corrupt means.”