BJP has been demanding for long the renaming of the city 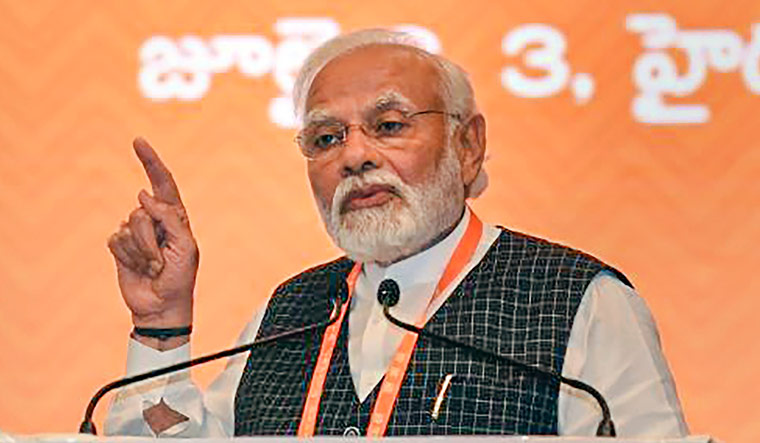 Giving out a major political signal, Prime Minister Narendra Modi on Sunday termed Hyderabad as 'Bhagyanagar' in his address to the BJP members during the party's national executive meeting in the city. Renaming of the Telangana capital as Bhagyanagar has for long been a demand of the BJP which is making all-out efforts to make inroads in the state.

"PM Modi said that Hyderabad is Bhagyanagar which is a significance for all of us. Sardar Patel kept the foundation of a unified India and now it's BJP's responsibility to carry it further," Modi was quoted as saying by BJP leader Ravi Shankar Prasad.

According to Prasad, Modi in his address to the BJP members noted the rapid expansion of the party in the country over the years. “He (Modi) very proudly conveyed his profound appreciation of courage of all party workers in states like Telangana, West Bengal and Kerala,” he said.

Addressed the @BJP4India National Executive meeting in Hyderabad. Talked about a wide range of issues including our Party’s development agenda, the pro-people efforts in the last 8 years and ways to further deepen our connect with the people. pic.twitter.com/PeDnxf2mX9

The prime minister also took a swipe at the Congress and said the parties which ruled India for a long time are in a terminal decline now. “We should neither laugh at them nor mock them. Instead we should learn from their mistakes,” Modi was quoted as saying by the BJP leader.

The prime minister also said the country is fed up with dynastic politics and dynastic political parties, and also warned that it would be difficult for such parties to survive for a long time.